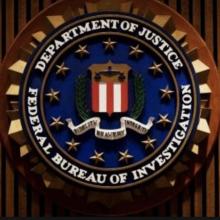 A domestic terror plot aimed at “multiple targets” in Southern California was disrupted by federal and local law enforcement agencies, sources told The Times on Monday.

A single suspect has been arrested on domestic terrorism charges, according to two law enforcement officials who spoke to The Times on condition of anonymity because they were not authorized to discuss the case with the news media.

One official said the plot involved “multiple targets” but declined to elaborate. A news conference to discuss the case has been scheduled for 1 p.m. in downtown Los Angeles.

Representatives from the U.S. attorney’s office for the Central District of California, the FBI, the LAPD, the Los Angeles County Sheriff’s Department and the Long Beach Police Department are expected to speak. A source in the Sheriff’s Department confirmed that the agency was involved in the surveillance and detention of the suspect.

The development comes less than 48 hours after a gunman opened fire inside a San Diego County synagogue, killing one woman and wounding several others in what law enforcement officials are investigating as an anti-Semitic hate crime.

Southern California has been the scene of several terror incidents.

In 2015, Syed Rizwan Farook is wife, Tashfeen Malik, entered a holiday gathering for county employees at the Inland Regional Center in San Bernardino and, using the rifles Marquez had bought and never retrieved, opened fire. Fourteen people were killed and 22 injured.

Later, authorities alleged Farook and a friend plotted terror attacks targeting students at a community college and drivers on the 91 Freeway.