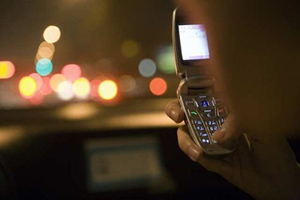 Fewer Californians are dying in traffic accidents caused by hand-held cellphone use, according to a study by the Safe Transportation Research and Education Center at UC Berkeley.

Traffic deaths declined by 22% in the two years after the state outlawed the use of hand-held cellphones by drivers in 2008, and fatalities dropped by 47% for drivers using cellphones.

"These results suggest that the law banning hand-held cellphone use while driving had a positive impact on reducing traffic fatalities and injuries," said Dr. David Ragland, director of the Berkeley center.

A statewide survey commissioned by the state Office of Traffic Safety found that 40% of California drivers reported that they talk less using handheld and hands-free cellphones since the ban took effect.

"It's clear that most California drivers get it. They understand just how dangerous distracted driving is, and most are doing their part to make the highway safer," said Sen. Joe Simitian (D-Palo Alto), author of the law barring drivers' use of hand-held cellphones.