The Brown Administration told a federal appeals court Tuesday that it may ask for more time to comply with a Supreme Court ruling declaring overcrowding in state prisons had resulted in "needless suffering and death." 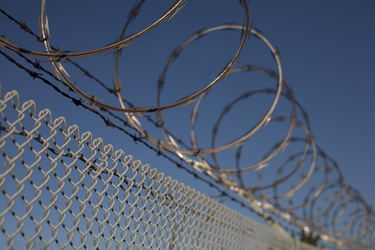 In the court filing, the state argued that Gov. Jerry Brown's proposed "reallignment" of criminal justice programs - which would shift thousands of state prison inmates to county jails, while overhauling parole and probation policy - will reduce the state prison population by more than 30,000 inmates, but could take longer than the two years prescribed by the Supreme Court.

"It is too soon to know precisely how fast and at what rate crowding will be reduced," the filing said, adding that the Brown Administration may ask for an extension "if and when it becomes apparent" that it is "neccessary and appropriate."

Brown's uncertainty is tied in part to the state budget crisis.

His reallignment plan is predicated on the state giving additional funds to local governments to house prisoners, and the governor says that is only possible if the legislature approves tax extensions, a move that has so far been blocked by Republicans law-makers.

"We're hearing this is dependent on the legislature and the voters passing tax extensions, and it doesn't sound like we have a backup plan," said Ryan Sherman, spokesman for the California Correctional Peace Officers Association, the state's powerful prison guards union.

"This is the same stuff that they've been talking about for years," Sherman said.

Rebekah Evenson, a staff attorney at the Berkeley-based Prison Law Office, which brought the suit that resulted in the Supreme Court ruling, provided a more positive assessment of Brown's realignment plan.

"It shows the state has the ability that both saves the state money and reduces crime," Everson said. "We know now that they have the building blocks to do it right and that its going to take political will to achieve that."

According to the California Department of Corrections and Rehabilitation, the state's 33 prisons currently [hold] 143,000 inmates, putting them at 179 percent of capacity.

To comply with the Supreme Court order, it must reduce the number of inmates in state prisons to 137.5 percent of capacity. That is 109,000 inmates.