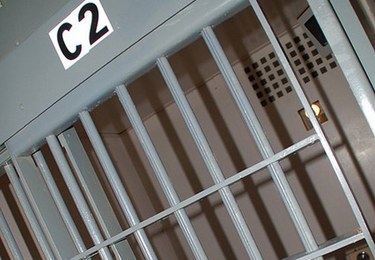 To soften the blow to local law enforcement and communities, California politicians are calling one of the largest criminal-justice shifts in state history a "realignment."

Under a directive by the U.S. Supreme Court, the California Department of Corrections and Rehabilitation (CDCR) must identify 37,000 state prisoners to be sent back to counties. State officials are saying publicly that these individuals will be sent back to county jails. Realistically, they will likely end up walking the streets.

"They keep telling us they'll end up in county jails," Paul M. Weber, president of the Los Angeles Police Protective League, tells POLICE Magazine. "What they don't tell you is the majority of the jails in the state are at, over or near capacity. They're not going to stay in jail. That's a lie put out to make the public feel comfortable."

This shift, which began earlier this month, was the result of a federal judge's ruling that California prisons are overcrowded, causing inmates to live in conditions that violated their civil rights. As a result, state lawmakers developed AB 109, formally known as Criminal Justice Alignment. Gov. Brown signed the bill into law in April.

This month, the state began screening a pool of 50,000 to identify all "non-violent, non-sexual, and non-serious" inmates that would be moved out of state prisons. The bill also puts supervision of those inmates with county probation departments rather than the state parole office.

The state's law enforcement leaders say they're concerned the CDCR will classify inmates for release based on their most recent conviction.

"They are supposed to look at their entire record," Ron Cottingham, president of the Peace Officers Research Association of California, tells POLICE Magazine. "This is where some problems occurred in the past, before realignment."

Local law enforcement agencies bracing for this shift have begun taking action. Los Angeles County is expected to receive about 6,000 prisoners, the most of any county in the state.

Bracing for these inmates, Los Angeles Police Chief Charlie Beck pulled 150 officers from patrol duties to deal with the fallout. Chief Beck expects a 3 percent increase in serious crimes as a result of the plan.

These officers will be assessing each inmate to determine the risk to the community, make contact with the individual, and monitor areas where they live for possible crime trends based on their track record.

Other provisions of AB109 include redefining sentencing guidelines to shift two dozen offenses to local control that would still be considered serious or violent such as involuntary manslaughter, vehicular manslaughter while intoxicated, killing or injuring a police officer while resisting arrest, participating in a lynching, possession of weapons of mass destruction, possessing explosives, threatening a witness or juror, and using arson or explosives to terrorize a health facility or church, reports the Associated Press.

By implementing this shift, California also shifts costs to county sheriffs. The move saves the state $18,000 per inmate. The state is providing $24,000 in funding for each returned prisoner; it costs the state $42,000 a year to house a prisoner.