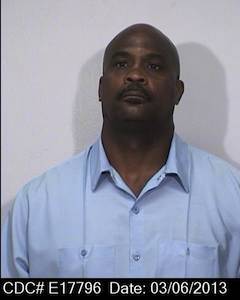 In early August we published a visiting blogger piece by Arnold Friedman about the possible parole of Voltaire Williams, who was convicted in the murder of Los Angeles police officer Thomas Williams in 1985. Friedman covered that murder case for the Daily News; Williams also was his fraternity brother at San Fernando Valley State College. Friedman's piece struck some nerves and has received a lot of attention in the law enforcement community. Now several groups, including the LAPD union, have sent a joint letter to Gov. Jerry Brown opposing parole for Williams, who knew about a plot to kill Williams to stop him from testifying and did nothing to stop it (except refuse to kill the officer himself.)

Although Detective Williams was the victim of this callous plot, he is only one victim. In a very real sense, the target of this plot is the integrity of the entire criminal justice system.

We believe this parole grant jeopardizes public safety due to Voltaire Williams' minimization of the true "execution" nature of the killing and his admission that he helped orchestrate and permitted these events to go forward out of a greater loyalty to Daniel Jenkins.

Moreover, the larger public policy implications of the release of persons who murder police officers are significant and should not be ignored when considering whether or not to release someone who has murdered a police officer. Simply put, such releases send a message that we do not value the lives of front-line officers on any serious level. Daily, police officers confront situations where the possibility they will not return home at the end of the day is very real. Feasibly, the only protection - albeit a decidedly intangible protection - is awareness (on the part of the criminal) that if he murders a police officer he does so with certain knowledge that his own freedom will be forever forfeited. This is a tenuous shield for an officer, but a shield nonetheless. The moment we begin releasing persons who participate in the murder of peace officers in the line of duty will, in essence, begin the dissolution of even that most fragile of shields.

In closing, and as it pertains to Voltaire Williams, there is nothing he has presented that suggests any mitigating circumstances which would now make parole appropriate; he is still the key conspirator in the murder of Detective Williams and should not have been granted parole by the Board of Parole Hearings. Voltaire Williams' release is not only unjustified given his individual circumstances, but from a larger policy perspective, this release constitutes an unreasonable risk of harm to all police officers who work our streets every day.