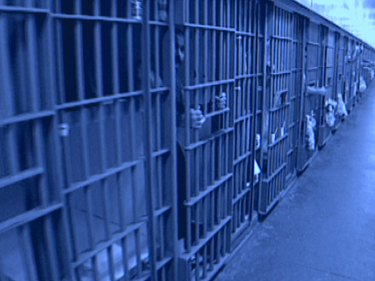 State prisoners being paroled to Los Angeles County have more serious mental illnesses than anticipated, and about half of those in need of attention are refusing treatment, county officials told the Board of Supervisors today.

At least one of the parolees released to the county under a federal mandate to reduce the prison population should be sent to a state mental hospital, the board was told. Under a plan that took effect Oct. 1, nonviolent, nonserious, nonsexual are being paroled to the counties where they were convicted.

The county Probation Department is primarily responsible for the parolees, some of whom will serve out their sentences in jails run by the Los Angeles County Sheriff's Department.

The majority of parolees released so far have been convicted of theft, burglary or drug-related crimes. But the "non-non-non" definition applies only to the most recent crime for which the person was convicted.

Supervisor Michael Antonovich, District Attorney Steve Cooley and others have warned that people who have committed more serious offenses will be released to counties.

One parolee to be sent county-run Olive View-UCLA Medical Center has been convicted of assaulting a peace officer and arson, and arrests for rape, sexual battery and other violent offenses, Antonovich said today.

"Our personnel and facilities are not equipped to handle this kind of individual," Antonovich said, adding that, "This is only the tip of the iceberg. He's not the only one who fits this profile."

Department of Mental Health Director Marvin Southard said county personnel were working with employees from the state's Department of Corrections and Rehabilitation to get that parolee, who was not named, sent to Atascadero State Hospital in San Luis Obispo County.

As for the 1,019 prisoners released to the county in October, about 90 percent reported to officials within five days, as required by law. Arrest warrants will be issued for those on the lam. Three already have been arrested.

The 57 percent of those released and considered likely to commit another crime "are in need of a heck of a lot of services," acting Probation Chief Cal Remington said.

Based on pre-screening data on a larger number of prisoners scheduled for release, nearly 70 percent need mental health services or addiction treatment, according to a report to the Board of Supervisors. About half refuse services.

Remington said he believed existing law enabled the county to require treatment as a condition of parole, a move he recommended in the name of public safety.

Remington, joined by representatives of the Sheriff's Department, said his team was negotiating a contract with Walden House, which runs residential treatment programs. About 25 percent of parolees have no permanent address.

So far, the state program has not caused any problems in Los Angeles County jail, sheriff's deputies told the board. About 316 unused bunks recently became available, the board was told.