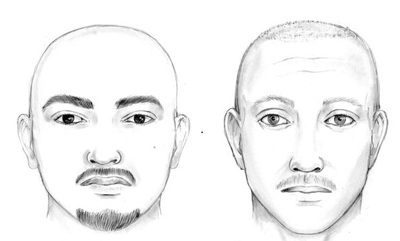 In a Tuesday afternoon news conference in Cypress Park, Los Angeles Police Dept. officials discussed updates in the case of the beating of Bryan Stow at Dodger Stadium on March 31.

Watch the Video Report from ABC7

Bryan Stow attended the Dodgers home opener against the San Francisco Giants at Dodger Stadium on March 31. Stow, a Giants fan and San Francisco resident, was attacked by two men in the parking lot after the game. He was severely beaten and hospitalized in critical condition. A coma was medically induced in order to reduce swelling on his brain.

The reward for information leading to the arrest and conviction of the two suspects was raised by another contribution from the Dodger organization to more than $200,000. The reward offer was previously $100,000. The Dodgers had already contributed money to the reward fund.

Chief Beck said there are 17 detectives working full-time on the case. The department has received about 500 various clues. Beck said there are currently more than 300 billboards in the L.A. area featuring the reward and composite sketches of the suspects.

Capt. Murphy said the leads have been prioritized as police continue to intensively investigate the incident.

Beck said the case was a top priority of the department. He said there were several strong leads, particularly pertaining to the female driver of the car that took the two suspects away on the night of the beating. The woman was described as wearing a white Andre Ethier Dodgers jersey.

Murphy said that in the upcoming Dodger home series against the Giants, there would be an LAPD office set up at the Stadium Club in Lot L. Anyone with tips about the crime is able to report to officers there and remain anonymous. Wanted flyers will also be distributed throughout the stadium.

Murphy said the attack on Stow lasted about 30 seconds in a dark lot. Police believe there is no connection between Stow and the suspects; they believe he was attacked for wearing Giants gear.

Beck and Murphy both stressed that the upcoming home series against the Giants would be safe for families to attend.

Murphy compared behavior at Dodger games this season to the 2010 season. He was the incident commander at Dodger Stadium during last season's home opener. Last year's opening game saw more than 200 people ejected and 132 arrests. Sunday's game saw two ejections from the park, and two people were ticketed for drinking in public. He attributed that difference to changes made in Dodger Stadium security procedures.

Stow remains hospitalized. He was transported Monday from Los Angeles to a San Francisco hospital to be closer to his family.

Anyone with information related to the case should contact Los Angeles Police at (877) LAPD-24-7.