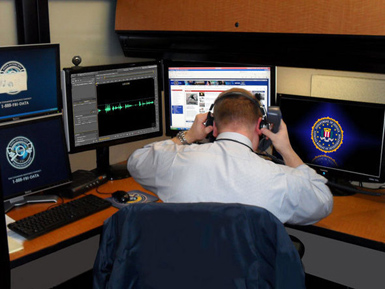 A new system that allows the FBI to automatically share information with local, state, regional, and other law-enforcement and criminal justice partners is now fully operational.

Raytheon said it completed work on the last phase of the National Data Exchange (N-DEx) system, which allows the FBI to pass on information about criminal justice cases automatically to 200,000 investigators in more than 18,000 federal, local, state, and tribal agencies. The system also performs analysis to identify crime trends and patterns to aid in crime-prevention tactics, according to the FBI.

The completion of N-DEx is slightly behind schedule, as original plans called for it to be completed last year, according to the FBI website. Nonetheless, authorized FBI partners now can use the system to make nationwide searches for information such as incident reports and criminal incarceration records; receive notifications of similar investigations and suspects to ones they are querying; and identify hotspots for criminal activity, among other capabilities.

The system uses standards-based technology and Web services to connect multiple disparate systems and users to rapidly search and visualize FBI data about incidents and cases, the company said. The FBI awarded Raytheon the contract to build the system in 2007.

In the last phase of development, Raytheon added a set of Web services that allow users, among other things, to receive information alerts about persons of interests when new records are entered into the system.

The FBI's Criminal Justice Information Services Division (CJIS)--which also manages another key information-sharing FBI database, the National Crime Information Center (NCIC) system--is managing N-DEx. Once the system is available to all the users that are authorized to access it, the agency expects it to handle about 6 million queries a day, which is on par with the NCIC system.

FBI has been stepping up improvements to how it shares information and data with various law-enforcement organizations that need swift access to it, a task that historically has been difficult and arduous. Earlier this year it deployed a new biometric ID system aimed at creating a more effective and accurate process for identifying fingerprints and other forms of biometric information and sharing it with appropriate organizations.