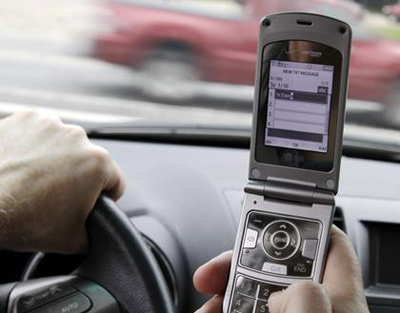 The government says that 3,092 people died last year in "distraction-affected" crashes, a newly refined measurement meant to tally the effect of texting, phoning or simply answering a call while driving.

That was one of every 11 U.S. traffic deaths.

The National Highway Traffic Safety Administration says it refined and narrowed how it counts distraction crashes, so the 2010 tally can't be directly compared to 2009's 5,474 "distraction-related" traffic fatalities.

Distraction can include hands-free phone use, says the NHTSA.

Results of a nationwide NHTSA survey suggest that reducing fatal wrecks caused by calling and texting could be tough.

Most unsettling finding: More than three-fourths of drivers said they are willing to answer calls on all, most, or some trips. Drivers also report that they rarely consider traffic situations when deciding when to use their phones.

But nearly all those same drivers said they would feel unsafe as passengers if the driver were texting or calling.

The NHTSA survey was conducted by telephone. Many respondents were contacted on their cell phones. One can only hope they weren't also driving.