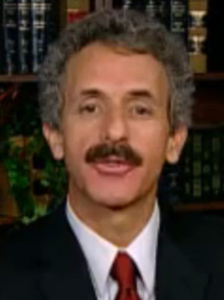 "Officer Campbell gave his life to protect California's citizens," said Feuer. "Our public safety officers face this sobering prospect when they go to work. In honoring Officer Campbell's memory, we are reminded of the sacrifices the men and women of law enforcement make each day to keep us safe."

"On March 9, 1963, Ian J. Campbell sacrificed his life in the performance of his duty," said Cliff Armas, Secretary of the Los Angeles Police Emerald Society Pipes and Drums. "It is of vital importance we do not forget those fallen warriors who have given up their lives to ensure we can enjoy our freedom. When our nation remembers their heroes, their acts of valor will always serve as a source of inspiration - we must never forget."

Los Angeles Police Officer Ian J. Campbell was conducting a stop of a suspicious vehicle at Gower Street and Carlos Avenue in Hollywood, CA in 1963 when he was kidnapped at gunpoint by the vehicle occupants. The assailants then forcibly took him to a deserted onion field south of Bakersfield, where they shot him to death. Officer Campbell's killers were caught shortly afterwards and convicted for his murder.

At the time of his death, Officer Campbell was just 31 years old and had served with the department for 5 years. He was a decorated Korean War veteran with the Marine Corps and left behind two young daughters.

ACR 100 contains all proposed transportation memorial resolutions for 2012. The Department of Transportation will erect the memorial signage upon receipt of donation from non-state funding sources.