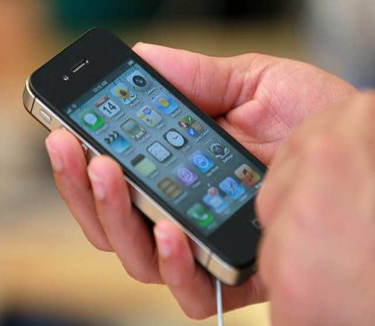 A parolee has been charged with robbery after LAPD officers investigating an armed holdup used the iPhone "Find My Phone" application to locate the suspect, who was still carrying the stolen device.

Wilshire division officers responded to a call of an armed robbery Thursday in the vicinity of Sierra Bonita and Rosewood avenues.

The victim told officers that a man had robbed her at gunpoint and ran off with her purse, which contained her Apple iPhone.

Luckily for her, the Find My Phone tracking application was installed, and a local citizen let officers use his computer to track the cellphone to the vicinity of 11th Street and Ardmore Avenue.

A short time later, the officers saw a man in that area who matched the suspect's description and detained him. Officers dialed the woman's cell number and recovered the phone from the suspect's pocket.

Jason Topper, 34, of Chatsworth, was arrested on suspicion of robbery.

Further investigation led officers to arrest an alleged associate, Dominique Taylor, 21, of Los Angeles. They recovered a replica firearm from Taylor that matched the description of the gun used in the robbery.

The purse also was recovered.

LAPD officials say computer and phone theft is a major contributor to crime in Los Angeles, and the theft -- and its outcome -- illustrate the value and benefit of using tracking applications and software for computers, cellphones and portable tablets.

Investigators say the ability to track and locate items minutes and hours after the crime occurs are critical to their recovery.