Skip to main content
09
May 2013
Help Keep A Murderous L.A. Arsonist Behind Bars 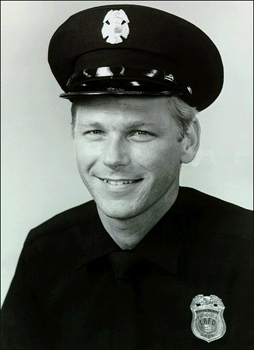 Nearly 32 years ago, Los Angeles firefighter Thomas Taylor grasped another firefighter's outstretched hand before plunging into a restaurant inferno. Now the man who set that North Hollywood fire, and murdered Brother Taylor, is up for parole. CPF and United Firefighters of Los Angeles City Local 112 are asking your help in keeping arsonist Mario Catanio behind bars.

Catanio set the hellish fire at Cugee's Coffee Shop in North Hollywood on January 28, 1981, after being paid $2,500 by the restaurant's owners. Brother Taylor was one of the firefighters responding to the scene, and died a horrific death falling through the collapsed roof, leaving behind a wife and two sons. Catanio, then a 42-year-old barber in Van Nuys, was arrested eight months later. He was sentenced in 1983 to 25 years to life in prison for murder and federal mail fraud.

Since 2004, Catanio has applied to be released but been denied parole. In 2012, the State Parole Board granted his parole request, but Governor Jerry Brown overturned the parole, citing Catanio's continued risk to society.

"For someone to murder any firefighter because of a crime like arson takes it to a whole new level," said Capt. Frank Lima, president of United Firefighters of Los Angeles City, Local 112. "Firefighters always stick together and look out for each other, and if we do that again, this criminal will stay where he belongs -- behind bars."

California Professional Firefighters (CPF) and the United Firefighters of Los Angeles City. Local 112 encourage you to write a letter to the Parole Board urging that Inmate Catanio be denied parole because he is still a serious threat to society.

-- Use plain stationary - Stationary with letterhead or a logo printed on it will not be accepted.

-- Address envelope and letter as follows -

-- Subject or Re: Line - Your letter MUST reference the inmate's name, CDC #, date of hearing as follows.

Your letter MUST list this information. Please put it only in the letter -- not on the envelope

-- Sign your letter - Unsigned letters will not be read by the parole board members.

Letter writing tips
The purpose of a parole hearing is to determine if or when an inmate can be returned to society. Under normal circumstances, the panel or the Board shall set a release date unless it determines that the gravity of the crime (offense), or the timing and gravity of current or past convictions, requires a more lengthy period of incarceration to ensure public safety.

-- You can use the salutation, Dear Chairman and Parole Board Members:

-- Your letter can include certain details of the crime and Catanio's actions that you want the panel to know about. (CLICK HERE FOR BACKGROUND ON THE INCIDENT)

-- Your letter can include information about the impact his action has had on Mr. Catanio's family and co-workers.

-- Your letter should remind the board that Catanio remains a threat to society, the Taylor family, and the City of Los Angeles.

-- Your letter will remain confidential by designating so on the envelope and at the top of your letter.