Skip to main content
24
Jul 2014
Here Is Where Violent Crime Is Surging in L.A. 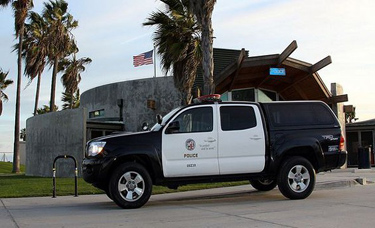 Earlier this month Los Angeles Police Department Chief Charlie Beck announced that violent crime had increased in the first half of 2014. The city saw a 2.8 percent bump compared the same period last year.

But while the increase was small, it was the first time the city had seen anything but decreasing rates in more than 10 years. Beck said that "sporadic," citywide aggravated assaults fueled the increase in May and June (just as cops were preparing to spar over a new contract with the city).

Mayor Eric Garcetti blamed the increase on "more aggressive reporting" of aggravated assaults, the definition of which is open to some interpretation on the part of those doing the paperwork. But after looking at the stats for the LAPD's 21 divisions, we've discovered that other crimes, including homicide, are contributing to this upturn. Here are the neighborhoods where violent crime is surging:

But first, a word on rape: LAPD COMPSTAT Unit Capt. John Romero explained to us that the FBI's definition of rape has recently expanded to include more forms of sexual violence (sodomy, oral copulation, digital penetration), and to include men as victims. Believe it or not, the old definition is the carnal knowledge of a female forcibly and against her will.

The LAPD must adhere to the feds' guidelines on crime reporting. So now there are two categories for rape, old and new. The expanded definition, as might be expected, does result in bigger numbers. However, since there's not much to compare those new-definition numbers to, we mostly stayed away from analyzing the category.

But we did consider overall violent crime figures (including rape, murder, robbery, and aggravated assault) for our ranking of the areas with the biggest increases compared to the same period last year:

4. Central (downtown). The LAPD Central Division experienced a 13.5 percent increase in violent crime so far this year. The data includes a 20.1 percent boost in aggravated assaults.

1. Van Nuys. The department's Van Nuys Division saw the city's largest increase, 31.9 percent, in total violent crime. It's data was driven by an explosion in robberies - 45.2 percent worth - and a big boost in aggravated assault (36.4 percent). 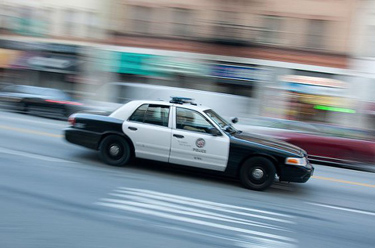 Honorable mentions for crime increases go to the following areas:

West L.A. (West Los Angeles/Sawtelle, La Cienega Heights, Crestview, Pico-Robertson, Westwood, Brentwood, Pacific Palisades, Holmby Hills, parts of the Hollywood Hills). The area has seen a 200 percent increase in homicides. Now, that doesn't mean it's Murder City; since there was just one reported during the comparison period last year, the three reported so far this year counts as a marked increase. It's also worth noting that gangs claim turf along La Cienega Boulevard south of Pico Boulevard and in the Sawtelle neighborhood.

Olympic (Koreatown, Windsor Square, Saint Andrews Square, parts of Mid-City and Pico-Union). This is roughly the home of the hemisphere's two largest gangs, 18th Street and Mara Salvatrucha. Yet signs of any gang war in recent years have been scant. Still, the data shows that the Olympic Division has seen a 100 percent increase in murders (six so far this year, versus three for the same period last year). Aggravated assaults are up 20.5 percent, too.

Wilshire (Wilshire Center, Miracle Mile, Beverly Grove, Fairfax District, parts of Mid-City). We know we said we'd stay away from rape because the definition is changing. But we just had to mention the division's whopping 600 percent increase under the new definition of rape. Romero of COMPSTAT told us this is the first year that the new definition was being used, so we're not sure how this comparison came about: According to the department's data, there were 14 rapes in the area so far this year using the new definitions, compared to two last year.

Rampart (all or part of Angelino Heights, Echo Park, Historic Filipinotown, Koreatown, Lafayette Park, MacArthur Park, Pico-Union, Temple-Beaudry, Virgil Village, Westlake). Big up to Rampart. Once the murder capital of Los Angeles and one of the most crime-challenged areas patrolled by the LAPD, Rampart showed the biggest decrease in violent crime (down 12.5 percent) of any division. Homicide is down 30 percent (from 10 for this time period last year to 7 so far this year). In fact all its violent crime was down except for, ahem, aggravated assault (up 8 percent).