Skip to main content
12
Jun 2012
Kings parade and rally to be held Thursday in downtown L.A. 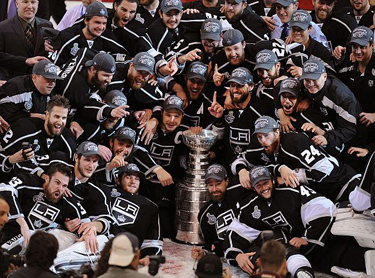 L.A. Kings' players pose with the Stanley Cup after they beat the New Jersey Devils 6-1 in Game 6 of the NHL Stanley Cup Final at the Staples Center on June 11, 2012. (Andy Holzman/Staff Photographer)

Everyone loves a parade - especially when it celebrates the long suffering L.A. Kings who won their first Stanley Cup victory Monday over the New Jersey Devils.

The Anschutz Entertainment Group, which owns the Kings, is sponsoring the championship parade that will begin at noon Thursday at the corner of Figueroa and Fifth Streets and go proceed to Staples Center and L.A. Live.

Players and their families, coaches, staff, broadcasters, alumni, the Ice Crew and Bailey the Mascot along with other VIPs will ride on the double-decker buses along with the Stanley Cup.

AEG is paying the entire cost of the event, spokesman Michael Roth said.

The LAPD and the Department of Transportation will provide crowd and traffic control.

Fans are encouraged to celebrate responsibly and to be prepared for warm weather by drinking water and wearing sunscreen. 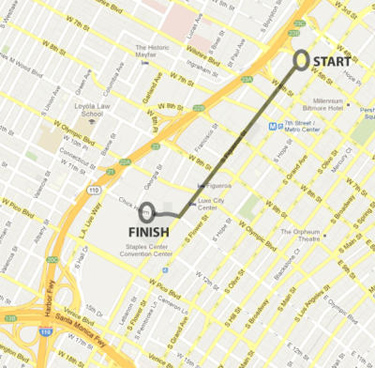 After the parade, there will be a Championship Rally inside Staples Center, beginning at 2:30 p.m. The event will include a video of highlights of the season.

Fans need tickets for the rally, which are first being offered to season ticket and premier seat holders.

All tickets are free and will be given on a first come, first served basis after the season ticket holders are provided their tickets. There is a maximum of four tickets per order.

Parking will be available along the parade route, at the Los Angeles Convention Center and Staples Center.

Beginning at 4 a.m. Thursday, there will be numerous street closures along the route.

The parade and program are expected to be broadcast live on Fox Sports West.

For more information, go to lakings.com/parade.