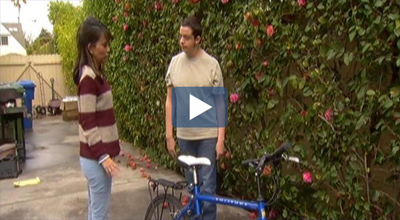 The LAPD reported the city having 20,000 hit and run incidents last year, giving the city the dubious distinction of being the hit and run capital of the nation. Jane Yamamoto reports for the NBC4 News at 8 p.m. on Sunday, Jan. 27, 2013. (Jane Yamamoto and Khallid Shabazz)

Los Angeles leads the nation in hit-and-run vehicle collisions, and two Los Angeles City Council members are vowing to do something about it.

After hitting pedestrians, bicyclists, motorcycles or other vehicles, as many as 20,000 LA motorists flee the scene each year, Councilman Joe Buscaino said in a motion before the government body's public safety committee.

About 4,000 of the people hit in those collisions are injured or killed, the Harbor area councilman said.

In his motion, filed Jan. 4, Buscaino asked the Los Angeles Police Department to detail its efforts to cut down on hit-and-run incidents.

Councilman Mitchell Englander, who serves as the chairman of the public safety committee, said he is working on a strategy to crack down on the drivers who run away.

"We have to toughen our laws," said Englander, who is urging mandatory impounds of vehicles owned by hit and run drivers.

The number of hit and runs in LA dwarfs the national average, Buscaino said.

Whereas about 11% of collisions nationwide involve a driver who does not stop after a collision, in Los Angeles the driver fails to stop in 48% of reported incidents.

Sam Bernstein, 18, told NBC4's Jane Yamamoto that a driver in a white Honda minivan hit him while he was riding his bike to school - and then kept going.

"All I remember was hitting the sidewalk and I blacked out," said Bernstein, who is the son of NBC4 web producer Sharon Bernstein.