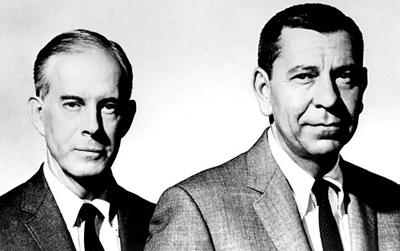 Los Angeles Police Chief Charlie Beck had a word of tribute for Harry Morgan, the actor who played half of the classic "Dragnet" TV detective team.

Morgan played Officer Bill Gannon for four seasons on "Dragnet," a show that first was broadcast in the 1940s on the radio. He joined the cast in 1967, replacing Ben Alexander as the partner of Jack Webb's Sgt. Friday.

The intense two-day shooting schedule challenged Morgan, as did Webb's insistence that they speak in a flat monotone so they wouldn't appear to be emotionally involved with the other characters.

Morgan later had a cameo in the 1987 Dan Aykroyd-Tom Hanks "Dragnet" spoof and provided the voice of Gannon for a 1995 episode of "The Simpsons." He was perhaps best known for his years on the TV show "MASH."

The actor was on hand two years ago at the L.A. Police Academy in Elysian Park to commemorate the release of a "Dragnet" postage stamp. He was joined by then-LAPD chief William J. Bratton and the widow of Webb.