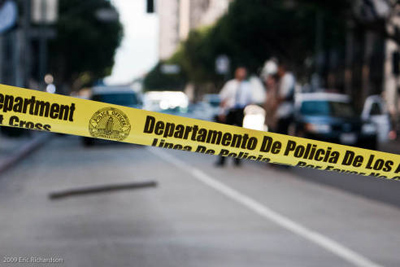 Property crimes continue to plague downtown L.A. and police are encouraging residents to be vigilant and proactive about protecting their goods.

Last weekend six bikes and nine cell phones were stolen, according to Central Area's Facebook page, along with a woman's personal belongings that were left unattended on her desk at work.

Many of the bikes that were stolen had been secured with chain locks and according to police, were broken with a crowbar. LAPD continues to encourage all riders to purchase and use a u-lock, which are much more difficult to break through or pry open.

Although these thefts occur all over the city, police have identified their "Top 4 Bicycle Theft Locations for 2012." This list includes 501 W Olympic Blvd (Yojie Japanese Fondue and Sake Bar), 630 W 5th St (Central Library), 645 W 9th St (Ralph's) and the intersection of 5th Street and Broadway.

To combat these continuing thefts, select Downtown bike shops are still accepting $5-off coupons for anyone interested in purchasing the expensive, but durable, Kryptonite u-locks.

But your cell phone may be a little more difficult to protect -- especially since many of the recent phone thefts involve a thief swiping the item right out of a person's hand. Be aware of your surroundings when you're walking and talking, or put your phone away in your purse or pocket until you get to a final location.

Police also recommend not leaving your phone (or computer or other valuables) unattended, even in your favorite neighborhood bar or coffee shop. Many thefts occur when items are left on a table as someone runs to the bathroom or to feed a meter, even if they're only gone for a minute.

In 2012, Downtown's Central Division had a 12 percent increase in "crimes that are repressible"; namely, property crimes, said LAPD Capt. Horace Frank. The area also had a 21 percent increase in arrests though, further demonstrating hat prevention, not arrests, is the key to reducing theft in the area.

Frank added that in 2013, Central will continue to expand their public outreach through flyers, social media and educational programs in the community. He said that through tools like Facebook, the department aims to provide residents with crime reports and updates, along with crime prevention tips.

So far this month, the department has posted nine updates to their Facebook page.