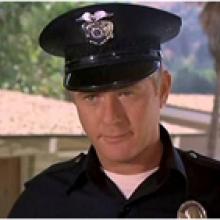 Los Angeles, September 8, 2015 — In response to the passing of Actor Martin Milner, Craig Lally, President of the Los Angeles Police Protective League issued the following statement on behalf of the League:

“The Los Angeles Police Protective League expresses its heartfelt condolences to the family of Martin Milner, who passed away this weekend. Milner was an actor, best known for the role of Officer Pete Malloy in the TV series ‘Adam-12,’ which followed the daily activities of two patrol officers as they answered calls, fought crime and solved problems in the community. Produced by Jack Webb of ‘Dragnet’ fame, the realistic view of the LAPD was an audience favorite and ran on NBC from 1968 to 1975. Milner’s character helped shape a perception of the LAPD as the pinnacle of law enforcement excellence and carried this vision to a national audience, building the reputation of the Department.”

“The LAPPL appreciates the positive images and contributions made by Milner. Through Milner’s role on ‘Adam-12,’ he demonstrated professionalism, integrity and compassion and left a profound impression on police officers not only within LAPD but throughout the nation. Many of us remember this show and his portrayal of Malloy as a friendly, approachable and always helpful LAPD peace officer. We, like many of our fellow officers, were undoubtedly drawn to a career and a commitment to law enforcement, in part because of Milner’s role.”

About the LAPPL: Formed in 1923, the Los Angeles Police Protective League (LAPPL) represents the more than 9,900 dedicated and professional sworn members of the Los Angeles Police Department. The LAPPL serves to advance the interests of LAPD officers through legislative and legal advocacy, political action and education. The LAPPL can be found on the Web at www.LAPD.com.