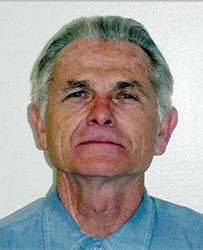 A prosecutor on the Manson murders case said he's dismayed that a state prisons panel granted parole to a notorious killer described as a "right-hand man" to Charles Manson.

It will be ultimately up to Gov. Jerry Brown to determine whether Bruce Davis, 69, walks out of California Men's Colony in San Luis Obispo after spending more than four decades behind bars. Brown has 120 days to review the case.

Saying he "would pose an unreasonable risk of danger to society," then-Gov. Arnold Schwarzenegger blocked a 2010 recommendation to parole Davis.

Brown had no immediate comment Thursday on whether he would prevent Davis' release or let the decision stand.

But Manson family prosecutor Stephen Kay said he was alarmed at the prospect of Davis' release.

"Would you want to wake up and find Bruce Davis next door?" Kay asked. "I think not."

In a news release, state prison officials said the panel agreed to recommend parole for Davis because of his "positive adjustment, record of no recent disciplinary problems, and for successfully completing academic and vocational education and self-help programs."

Davis did not participate in the 1969 Manson family murders of actress Sharon Tate and six others.

He was convicted in the slayings of Gary Hinman, an aspiring musician, and Donald "Shorty" Shea, a stuntman and a ranch hand at the Chatsworth ranch where Manson and his followers lived.

Police found a Black Panther symbol at the Hinman murder scene, which prosecutors later said was an attempt to incite a race war, which the Manson family called "Helter Skelter."

Michael Beckman, Davis' attorney, told the Associated Press he was "pleased and relieved" by the parole board's decision, adding he hoped "Bruce's ordeal will be over."

During his time in prison, Davis became an ordained minister and earned master's degrees in philosophy and religion via a correspondence program. Beckman said his client acknowledged he shared responsibility for the Hinman and Shea murders.