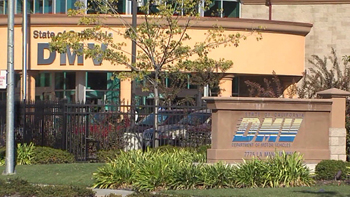 A new year is just days away, and with it comes several new traffic-related laws designed to directly impact motorists and bicyclists.

These laws, covering everything from hit-and-run, to DUI and electronically motorized boards, were signed by Gov. Jerry Brown during the 2015 legislative session. They are poised to go into effect on Jan. 1, 2016.

Starting Friday, a Yellow Alert notification system will be established for hit-and-run incidents that result in death or major injuries, according to a California Highway Patrol news release.

Much like Amber Alerts, CHP would work with requesting law enforcement agencies to determine whether a hit-and-run warrants activation of the emergency system, including whether changeable message signs on freeways should be used. The criteria for a Yellow Alert includes whether there is information about the hit-and-run driver or their vehicle.

The legislation was introduced by local Assemblyman Mike Gatto.

The Silver Alert notification system will be amended starting Jan. 1 to allow it to be communicated on changeable message signs when a vehicle is involved in the missing person incident. The regional and statewide emergency alerts can be activated when seniors or individuals with developmental disabilities go missing or are believed to be in danger.

A new law for 2016 grants a one-year extension to a pilot project in which a person convicted of drunken driving may be required to install an ignition interlock device to their vehicle. The device registers alcohol on the driver's breath, and can prevent the vehicle from starting based on the result.

The extension would impact Los Angeles, Alameda, Sacramento and Tulare counties, according to CHP's release.

A law requiring slow-moving passenger vehicles to safely pull over and let traffic pass will expand and apply to bicyclists come Jan. 1, according to CHP. The law requires slow-moving cars and bicycles to use the next available turnout or other area to let vehicles pass if five or more are backed-up behind them.

Electronically motorized board - defined, according to CHP, as "a wheeled device designed to be stood and powered by electronic propulsion" - will be able to go no more than 15 mph, and will be permitted only on roadways with a speed limit of 35 mph or less and on designated bikeways, according to the release.

The rider of the electronically motorized board - which include popular hoverboards - must be at least 16 and is required to wear a helmet. They also cannot operate them while under the influence of alcohol or any drug.

Buried in Senate Bill No. 491, which was filed with the Secretary of State in early October, is a provision that would prohibit anyone operating a vehicle from wearing earphones that cover, rest on, or are inserted in, both ears.

Laws previously barred motorists and cyclists from wearing ear plugs in both ears or wearing a headset, subject to some exceptions, the bill stated.

It may not impact motorists on the road, but under a new law next year, Californians who obtain or renew their driver's license would be automatically registered to vote. An opt-out option will be provided, however.

While the new law is slated to start on Jan. 1, the Los Angeles Times reported that information by the DMV won't be sent to the Secretary of State until regulations are developed, a statewide database system is established, and funding to implement the program is secured. Consequently, it's not exactly clear still when the law will take effect.