Skip to main content
18
Apr 2019
Opinion: How public safety bill can make California safer for all 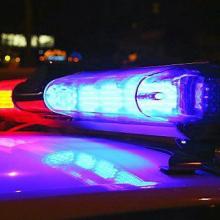 A safe and respectful encounter. Every single time. California public safety officers have this goal in mind whenever they interact with a member of the public or respond to an emergency. Period. To continue to improve outcomes for officers and the community, we believe that the best path forward is to modernize police training, establish clear use of force standards, and create holistic policies to ensure neighborhood safety.

Currently, there are competing bills in the California Legislature focused on use of force. Only one of those bills is part of a comprehensive plan that will reduce uses of force and officer involved shooting incidents. The other is focused on further criminalizing split-second decisions made by public safety officers in crisis situations. One is based upon factual data and science with the goal of preventing as many tragic incidents as possible, while the other is based upon retribution and second guessing after a tragic incident has occurred.

We support Senate Bill 230, authored by Sen. Anna Caballero, D-Salinas, because this legislation is designed to reduce uses of force by mirroring policing best practices and training. It also modernizes California’s use of force law to fully comply with existing U.S. Supreme Court rulings on when force is legally allowed.

Creating good public policy begins with good data. The Washington Post’s fatal police shooting national database, started in 2015, is often cited as the authority for tracking the number of officer-involved shooting incidents. Nationally, between 2015 and 2018, the number of these incidents has remained stable at just under 1,000 each year.

In California specifically, there was a 40 percent decrease in fatal police shootings between 2015-2018. These incidents were tragic and many involved individuals experiencing a mental health crisis. Although this decrease is good news, we must strive to do more.

That is why we worked with Caballero on SB 230. It establishes a clear and enforceable standard for authorizing the use of force, standardizes use of force training and enacts evidence-based policies to minimize use of force in California. For example, SB 230 mandates that all law enforcement agencies adopt policies on de-escalation, mental health training and requirements that an officer intercede if they witness excessive force.

We can do more.

Protect California, a non-profit organization, believes we can reduce dangerous encounters and improve the safety of our neighborhoods by taking a more holistic approach to crime reduction. Our plan addresses the root causes of crime by pulling virtually every public policy lever available to ensure positive outcomes between public safety officers and the communities they serve.

As a state, we must do more by:

• Creating economic and educational opportunities in communities disproportionately impacted by crime and poverty.

• Adequately funding the delivery of treatment and services for those diagnosed with mental illness.

• Equipping public safety officers with the necessary tools and training to safely respond to and manage dangerous situations and individuals with mental illness by adopting the rigorous training standards set forth in SB 230.

Policing is complicated. We should stop pretending that there’s one single solution to reduce police use of force incidents. If we address the root causes of crime, provide officers with high-quality training and enact strong policies, and reduce access to guns by violent criminals and the mentally ill, we will make California safer for everyone.