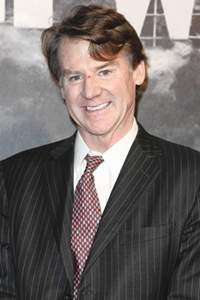 After he was badly injured in May by two LAPD officers, top Deutsche Bank executive Brian C. Mulligan alleged that police manufactured a report that painted him as a snarling, thrashing man who told the officers that he'd recently ingested drugs known as "bath salts."

But days before the May confrontation, Mulligan apparently told another officer in a different city a story similar to what appears in the LAPD report. He said he'd previously snorted "white lightning," a type of bath salts, a synthetic drug, and believed that a helicopter had been trailing him, according to a Glendale police recording of the conversation.

"We don't have a helicopter up in Glendale," the officer replied.

Officials with the Los Angeles Police Protective League, which represents LAPD officers, said the recording undercuts Mulligan's version of his altercation with the LAPD officers, the subject of a $50-million claim he filed with the city, which is a precursor to a lawsuit.

Mulligan alleged that the officers dragged him to a motel, threatened to kill him if he left and then, when they discovered he'd escaped, beat him so badly that he suffered 15 fractures to his nose and needed dozens of stitches.

In the days before the LAPD incident, Mulligan came into Glendale police headquarters and "asked for help with his bad experience with the use of bath salts," said Glendale police Sgt. Tom Lorenz. The officer he spoke to, who has not been identified, recorded their conversation, as department policy demands, Lorenz said. The recording was turned over to the LAPD as part of its investigation into the allegations, he said.

Mulligan's attorneys did not return calls and emails seeking comment about the encounter with Glendale police.

Mulligan, a former co-chairman of Universal Pictures and chairman of News Corp.'s Fox Television, said he felt "a little paranoid" during the sometimes-rambling, 11-minute exchange. He told the officer that he'd recently purchased some bath salts at local pot shops. The drugs can cause paranoia, hallucinations and combative behavior.

Mulligan said he'd snorted bath salts at least 20 times but, as of that day, had not used any for roughly two weeks.

"How long does this stuff stay in your ... system, man, how's it legal!" he said on the recording.

Mulligan also offered a number of personal details that confirmed his identity, including that he lives in La Cañada, is married with two sons and travels almost weekly to New York. The officer described bath salts as "a close relative of methamphetamine" and encouraged him to see a doctor or drug counselor.

"OK," the officer replied, "you need to get on top of this before it gets on top of you."

Not long after, Mulligan ended up near Highland Park. His former attorney told The Times in August that Mulligan fled some law enforcement officers - he was uncertain from what agency - who'd tried to get him to go into a seedy apartment building.

Near an entrance to Occidental College, Mulligan ran into LAPD officers James Nichols and John Miller, who'd received two reports that night of a white male trying to break into cars, according to a police report viewed by The Times. Mulligan was drenched in sweat and walked with an "unsteady gait," the report said, yet he passed several sobriety tests.

When the officers searched Mulligan's car, they found several thousand dollars in cash and an Irish passport, Mulligan's claim said. Then police took him to a nearby motel. The officers said Mulligan, complaining of exhaustion, had asked to be dropped off there. Mulligan, according to his claim, said he was taken there against his will and told "he could not leave, under threat of death."

Later, the officers and Mulligan crossed paths again on a residential street. "At that point," Mulligan's claim said, "he was in such great fear that he believed the LAPD officers were not truly LAPD officers but may be impostors bent on robbing or killing." Mulligan said the officers attacked him.

In their report, police described Mulligan's behavior far differently - they said he arched his back, waved his arms, stiffened his fingers like claws and charged them.