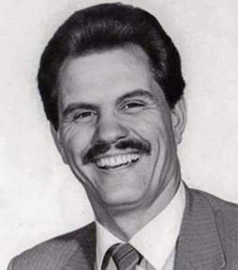 A former boxer who conspired to assassinate a Los Angeles police detective 30 years ago in front of his 6-year-old son was denied parole from prison Tuesday, reversing an earlier decision to set him free that drew outrage from family members, prosecutors and police.

But Voltaire Alphonse Williams, one of six men accused of killing Detective Thomas C. Williams in a hail of machine gun fire in front of a Canoga Park church school, will soon get another parole hearing.

The state Department of Corrections and Rehabilitation Board of Parole Hearings decided to let a smaller panel of prison commissioners rehear the case because of "concerns" cited by Gov. Jerry Brown.

"The full panel did not agree with the (earlier) panel that granted parole and ordered another hearing," said prisons spokesman Bill Sessa, immediately after the decision. It "believes the panel made a fundamental error - because of Mr. Williams' limited understanding of why he participated in the crime, minimized his role in the crime and his limited understanding of the crime's impact on the community.

"The board believes that the first panel should have never granted him a (release) date."

The decision to deny parole and grant what's known as a rescission hearing was made after a lengthy closed session following testimony by District Attorney Jackie Lacey objecting to Williams' release.

"I believe that some people who commit crimes are redeemable," Lacey, who has prosecuted cases for more than 30 years, told the parole hearings board. "However for some criminals, the circumstances of their crimes reveal a depraved heart."

Lacey called the crime "an extreme degree of callousness and dangerousness."

"That fact alone ought to give this parole board a reason to pause before letting inmate Williams out of prison," she said.

Williams, 52, has been serving a 25-years-to-life sentence at Solano State Prison on a conviction of conspiracy to commit first-degree murder.

He was repeatedly denied parole until August, when a two-man panel of the state prison Board of Parole Hearings granted his release on the grounds Williams had taken full responsibility for the crime. He had also been disciplined only twice for serious misconduct in 30 years, while earning a GED, positive work ratings and completing victim awareness and other self-help training.

His parole, however, drew outrage from law enforcement officers who said police officers' lives would be imperiled by the knowledge that a convicted cop killer, like Williams, could be set free.

They also accused the prisons department of trying to empty out its overcrowded penitentiaries by releasing such inmates on good behavior. The claim was denied by prison officials, who said recent lawsuits had challenged lifetime incarcerations for sentences that prescribed the possibility of parole.

A letter to Gov. Jerry Brown opposing Williams' release from prosecutors and lawmen across the state dubbed the killing "one of the worst murder plots in Los Angeles history." The governor then recommended a full "en banc" hearing by the prison parole board.

It was Halloween 1985 when the 42-year-old Tom Williams was shot by Daniel S. Jenkins just hours after the detective testified against him during a robbery-assault trial. It was the third attempt on the officer's life.

The father of two was a 6-foot-2 Irish cop with a zest for detective work, his colleagues said. A 13-year veteran who had turned down an appointment at West Point to join the Los Angeles Police Department, he had hoped to work homicide cases.

Voltaire Williams, a self-proclaimed prizefighter who was then 26, was hired by Jenkins to kill the cop for $2,000, but could not bring himself to do it.

Prosecutors said Williams then recruited others for the slaying, including one man paid $10,000 by Jenkins who balked at shooting the policeman in front of his son. They had also staked out Williams' home and were prepared to kill his wife and kids.

On the day the jury in his robbery trial began deliberating on Jenkins' guilt, the North Hollywood mastermind drove to Faith Baptist Church school, where Williams' son Ryan attended.

Outside the Canoga Park school, he shot the detective with bursts from a Mac-10 machine pistol. Williams was struck eight times. Bullets riddled his truck and the school.

For protecting his son during the shooting, Williams would be awarded a posthumous Medal of Valor. Jenkins, the ultimate hitman in the complicated assassination plot, was sentenced to death.

Brown, who sought the full parole board hearing for the inmate Williams, received more than 800 letters opposing his release.

"This cold-blooded and cowardly crime strikes at the very core of our justice system," Brown said in his request to the prisons department last month. "... Mr. Williams' actions had a devastating impact not only on Detective Williams' family and friends, but also on those who served with him, the law enforcement community, and the public as a whole."