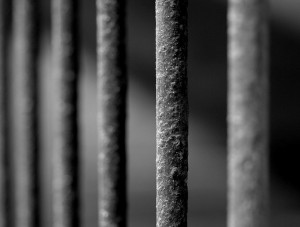 The prison reform law that shifted responsibility for non-violent felons from the state to the counties is also affecting the management of more serious and violent offenders who have completed their prison terms, presenting a challenge for reform supporters and potentially undermining public support for the change.

Since the passage of Assembly Bill 109, also known as prison realignment, people who violate the conditions of their parole go to jail rather than prison - including those with sex offenses and other serious and violent crimes on their records.

But because of jail overcrowding, some county jails can't house people for technical parole violations - including bad drug tests and missing appointments with parole agents. That lack of consequences can make it more difficult for parole agents to compel people to stay within the conditions of their release from prison and to keep track of offenders who are released from jail early.

"Realignment created a crack a lot of people fall through," said Tom Tobin, vice president of the California Sex Offender Management Board.

Before the law took effect in October 2011, technical violations - when parolees do not adhere to the conditions of their release from prison, as opposed to committing a new crime - most likely would have meant a sentence of about 75 to 100 days in prison.

People cycling in and out of prison for technical violations contributed to the overcrowding that prompted the court order to reduce California's prison population. Before reform, conditions in the prisons were so poor, that on average, one prisoner died needlessly per week.

Now the most stringent punishment available for technical violations is 180 days in jail, but actual time served often falls well short of that. And some counties, including Fresno, San Joaquin, Merced and Shasta, have struggled to find any space at all for parolees in their jails, said Melinda Silva, president of the Parole Agents Association of California.

"This will grow as AB 109 continues to evolve," Silva said. "We will start seeing this in more areas."

Silva and Tobin both point out that incarceration is just one tool of many that can be used to keep offenders within the terms of the law and the conditions of their parole. Longer prison terms for technical violations, Tobin said, were not necessarily a better way to ensure public safety. But it is very challenging to supervise people on parole without the ultimate possibility of time behind bars.

Several California counties, including Fresno, have court-ordered caps on their jail populations.

"Once we reach capacity, we have to start releasing people," said Fresno County Sheriff spokesman Chris Curtis. Parolees in jail for a technical violation, and without a charge for a new crime, are among the first out.

Parole agents aren't necessarily notified when people under their supervision are released early from jail, though they can look up that information online. "Each agency is responsible to monitor their own people," Curtis said.

Whether or not parole agents are notified of the early release of someone under their supervision depends on the county. "Sometimes they get the notice, sometimes they don't; it's kind of hit and miss," Silva said. "It is not a formalized system."

In April of last year, for instance, San Joaquin County jail released a high-risk sex offender two days into a 100-day sentence. Parolee Raoul Leyva was one of 300 people released because of jail overcrowding in San Joaquin County last April. He was in jail for technical violations of his parole. He'd failed to register as a sex offender, wear a GPS or report to his parole officer after his release from prison.

Four days after his release from jail because of overcrowding, Leyva violated his parole again, by allowing the battery on his GPS unit to die. A warrant was issued for his arrest, but he wasn't found until he was already suspected of committing another crime.

Leyva allegedly brutally beat his girlfriend Brandy Arreola and left her on the floor of the room they shared for days after the assault. Arreola, 21, was expected to die from her injuries. She survived, but now has the mental capacity of a child and is partially paralyzed.

The case has become a key example for critics of prison reform, who say that Leyva could not have committed the crime if he had been behind bars, as he would have been before realignment.

The impact of reform on managing offenders is actually slightly more complicated than that criticism implies, Tobin suggested. Almost all prisoners are ultimately released. Leyva, for instance, was ordered to spend 100 days in jail, the same amount of time he likely would have served before prison reform. Under the old system, he might still have been behind bars on the day he allegedly assaulted Arreola, but he would have been free a few months later. One of the goals of the reform is to give more attention to offenders such as Leyva closer to home in hopes of preventing them from committing new crimes.

"There is the notion that if they are off the street, then we are safer," Tobin said. "But sooner or later, they will be back."

That's why effective management of people once they are out of prison is so important to public safety.

Intermediate sanctions - punishments of increasing severity- are an essential tool for parole agents. They range from additional reporting requirements to jail time. The ultimate threat of incarceration is essential for the rest of the sanctions to work, Tobin said, and that consequence is undermined by jail overcrowding.

"When parole tries to get them in jail," he said, "they are told there are no beds."

Very short sentences aren't effective, Tobin said. "Two days - many of them will laugh at that," he said, adding that appropriate sentences for violations range from a week to a month.

When it comes to enforcing parole requirements, from attending drug treatment to wearing a GPS, "jail isn't the best motivation, but it is something," Silva said. "If there is no sanction, then there is little motivation."