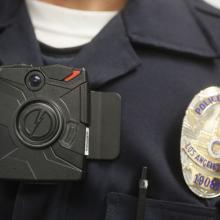 However, if police departments are going to do it, then they ought to do it right. The Los Angeles Police Department and Police Commission are taking the right approach. Rather than releasing hours of random raw video clips, the LAPD releases police videos that provide the public the appropriate context, background and explanation of each incident.

The result? A more informed viewing process for the public.

The LAPD process provides the public key video footage from body cameras, in-car cameras and surrounding cameras from residences and businesses. The viewer learns about police policies that govern the situation; they learn about potential de-escalation options such as verbal commands, deployment of Tasers and bean bag projectiles. Video is slowed down or zoomed in to focus on evidence such as a weapon held or discarded by a suspect. Viewers also hear narrative about the event, time, location, type of call, even the raw audio of 911 calls.

It’s not perfect, but it provides the public with a clearer snapshot of what investigators know about an incident prior to the completion of the investigation.

It should come as little surprise that radical, anti-police activists are decrying the LAPD model. Unfortunately, they prefer to take little snippets of video that fit their pre-conceived, anti-police narratives and launch them onto social media to fan the flames of division between police officers and the residents we serve.

Let’s be honest. In cases where an agency has released 30 minutes of raw video footage, how much of the footage was really watched? In the LAPD’s first public release, there were seven officers who responded during a nearly thre-hour standoff. They produced over 50 hours of video.

The LAPD’s process for the release of video allows the viewer to step, momentarily, into the shoes of a police officer and see in real time the dangerous and unpredictable situations they encounter.

Most people are unaware that after a major use of force, LAPD officers are subject to one of the most rigorous investigative processes in the country. Their actions, or inactions, are scrutinized by homicide detectives and the Force Investigation Division, which analyzes tactics and conformance with established policy, as well as the civilian-led Office of the Inspector General and the Office of the District Attorney.
That’s a lot of eyes investigating every incident. Our officers are held accountable for every aspect of the incident, from how they answer the radio call to how they communicate with their partner to their choice of words and every single tactic used. If they discharge their Taser, it must be justified. If they un-holster their service weapon, it must be justified. Each and every round they fire is analyzed as to whether it was justified. An officer can face discipline at each step in the investigative process.
All of this is reviewed by an internal police review panel, the chief of police, the inspector general as well as the all civilian Board of Police Commissioners. This takes time, the goal being that we end up with a detailed, informed decision at the end of the process.

Some believe that releasing police video will show exactly what happened during an incident. That will rarely be the case. Video is just one small piece of a much larger puzzle. Chances are those with strong opinions either way will see what they want to see. Those with open minds, however, will want more of the pieces to put the puzzle together.

LAPD is on the right track.