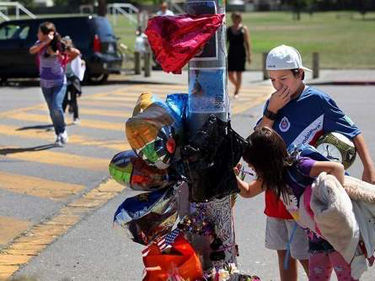 The decision by a Santa Rosa Police officer not to impound the car of the unlicensed driver accused five days later in a fatal hit-and-run crash has reignited a debate that is playing out in community groups as well as in the state legislature.

Santa Rosa Police Chief Tom Schwedhelm said the death of 4-year-old Christopher "Buddy" Rowe is the responsibility of the driver who hit him, not the fault of a traffic officer who cited the suspect, Marcos Lopez Garcia, when he pulled him over Aug. 13.

Schwedhelm said he is sensitive to the tragedy that followed. But he said his officer was within his discretion under department policy to allow the car of the unlicensed driver to be parked at the scene until a licensed driver could move it, even though it was Garcia's second driving without a license offense.

"Our officers make decisions - dozens of decisions - every shift that they have," Schwedhelm said. "If we could predict the future, that's one thing, but we don't have those tools available to us. I'm sure the officer did what was in the best interests of the community at the time he made that stop."

Schwedhelm would not identify the officer.

The four-year-old boy was in a West Ninth Street crosswalk with his mother, his 6-year-old sister and his twin sister on their way to Jacobs Park for his older sister's soccer practice when he was hit. Garcia, 22, is suspected of being the driver who plowed through the crosswalk and struck the little boy Aug. 18, police said. 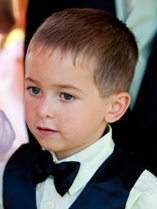 A witness identified a suspect vehicle and Garcia was tracked down and arrested, charged with felony hit and run, vehicular manslaughter and driving without a license. He was being held at the Sonoma County Jail without bail on an immigration hold, authorities said.

Garcia was first cited for driving without a license when he was stopped at a police checkpoint June 25, 2010, and his vehicle was impounded for 30 days, according to police and court records.

More recently, he was pulled over for speeding Aug. 13 on Dutton Avenue and found to be driving without a license, a misdemeanor, police said.

The officer could have impounded his car again but instead decided to leave it parked until someone with a valid license could retrieve it, Schwedhelm said.

Garcia was cited to appear in court Oct. 18 and was ordered not to drive a vehicle, police said.

That decision not to impound the vehicle is within department policy, and reflects recent changes brought on by discussions between law enforcement and church and community groups critical of the impact of the impound policy on the immigrant community.

California law permits law enforcement authorities to impound the cars of any unlicensed driver for 30 days.

Sgt. Rich Celli, one of two sergeants who directly supervise the Santa Rosa Police traffic unit, said officers must have discretion on impoundment if for no other reason than the time involved - about 45 minutes - to wait for a tow truck and have the car hitched up, especially if there are emergency calls.

"I don't know what happened at that specific event, but with the number of officers we have out on the street, that's a significant amount of time taken away from officer's duties."

Celli said his officers are encouraged to impound a vehicle on a second offense when it's possible.

"Santa Rosa Police Department, we started this whole program," Celli said. "We're very, very aware of unlicensed drivers, how they can impact safety. That's why we did it."

He was referring to a program that began in 1993, which helped launch a national trend toward impounding the vehicles of people caught driving with suspended licenses.

The decision was based on evidence that drivers without a valid license were more likely to break traffic rules and become involved in crashes, especially hit-and-run collisions, police said.

A 1997 DMV study found unlicensed drivers were 4.9 times more likely to be involved in a fatal crash. Recently, still-unpublished research indicates a similar rate, said Chris Cochran, a spokesman for the state Office of Traffic Safety.

But impounding the vehicles of unlicensed, often illegal, immigrants has been increasingly controversial because of the financial effect on working immigrants who not only lose their family transportation but often can't afford the $1,500 to $2,000 needed to retrieve their vehicles from impound.

Last week the state Senate approved legislation that would limit the impounding of cars of unlicensed drivers at DUI checkpoints. The bill now goes back to the Assembly, which had earlier approved the legislation and must approve the Senate changes before it can go to Gov. Jerry Brown.

The move away from impounding vehicles comes in part because a 30-day impound treats those driving without a license the same as those who drive with suspended or revoked licenses, which is a more serious offense.

On a second offense, Santa Rosa officers, similar to those at other agencies, "may take whatever steps deemed necessary to protect the public from the potential danger of such an individual continuing to drive without a license, up to and including a thirty day impound of the vehicle...if the officer deems it appropriate, until and unless there is some legal prohibition against any of these options," according to department policy.

The policy shift came about following meetings spearheaded by the North Bay Sponsoring Committee, which is made up of nine religious congregations in Santa Rosa and Petaluma, with law enforcement representatives.

Rev. Chris Bell of the Unitarian Universalist Congregation of Santa Rosa and a member of the committee said the four-year-old child's life was lost because of the actions of the individual driver, not because of law enforcement policy. Garcia's car, he said, had been impounded once before.

"Impounding the car and telling him not to drive without a license was not enough to prevent him from getting back in the car and getting this speeding ticket and so on," Bell said.

"(The driver) unfortunately showed his true character by fleeing. Now we're not talking about policy anymore we're talking about a tragic situation and the choices of an individual."

The larger issue in the community is "how we handle the undocumented population and people who live here," he said,

Following the death of Rowe, social media sites were filled with angry responses from those lashing out at illegal immigration and unlicensed drivers, but also the police department for failing to impound the vehicle the week before.

Interim Petaluma Police Chief Dan Fish, who was part of the discussions leading up to the policy shift, said law enforcement is always trying to strive for balance.

He and Sheriff Steve Freitas said their officers, more often than not, would be expected to have the car be towed on a second offense, though in each case they have discretion.

"Unfortunately, this is a very tragic event," Schwedhelm said, but "the officer was within the policy."