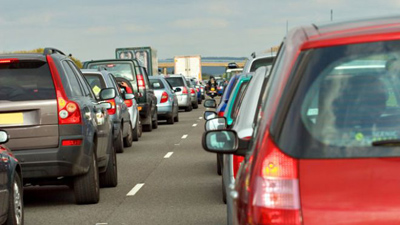 A car is stolen somewhere in the United States every 40 seconds, according to the FBI, but yours doesn't have to be among the hundreds of thousands that go missing each year.

Most vehicles are taken because the owners are careless or much too trusting. If you want to avoid losing your set of wheels, start "thinking like a bad guy," advises crime-prevention consultant Art Adkins.

Thinking like a thief means looking for crimes of opportunity, explains Adkins, a police lieutenant in Gainesville, Fla. Before you walk away from your parked car, ask yourself:

*Is your car an attractive theft target where it's parked?

*How easy have you made it for someone to break in?

*Have you bothered to use an anti-theft device?

Law enforcement agencies and car insurance companies try to educate consumers about the best ways to keep their vehicles safe.

"The crime triangle works on three things," says Adkins. "One point is the suspect, one is the victim and one is opportunity. Opportunity is what we have to eliminate."

No one method is foolproof, but the more layers of security you create, the greater the chance that a car thief simply will move on to an easier target, says Michelle Staton, executive director of the Pennsylvania Auto Theft Prevention Authority. If you prefer to live dangerously, here are six things guaranteed to put your car at high risk of being stolen.

This may sound like a no-brainer, but many auto thefts happen when people forget to lock their doors. A locked door is the first line of defense.

"About 50% of cars stolen are left unlocked and sometimes have the keys in the ignition," says Staton.

Most car thieves won't bother breaking into a locked car when there are so many unlocked autos to choose from, says Frank Scafidi, spokesperson for the National Insurance Crime Bureau (NICB).

When it comes to choosing a safe place to park, trust your instincts, Adkins says. Most of us know that dark, isolated spots are more likely to attract car thieves. However, when you're late for a movie and all the best parking places are taken, it's easy to ignore the voice within. Adkins urges you to go with your gut reaction.

"If you think it is in a bad location, more than likely it is," he says.

The more barriers you create to theft, the safer your car will be. Although they are low-tech, old-fashioned and relatively cheap, steering wheel locks remain an effective deterrent.

"For a passive thief, a Club can make them go on to the next vehicle," explains Carole Walker, executive director of the nonprofit Rocky Mountain Insurance Information Association in Colorado.

Some people prefer audible alarms that draw attention to vehicles that are being tampered with. Smart keys with computer chips come standard in some new cars. Another good anti-theft device is an ignition kill switch that prevents thieves from starting your motor.

It may sound like closing the barn door after the horses have escaped, but auto-tracking devices are available that can help law enforcement officials find stolen cars using satellite and cell tower technology. Also, anti-theft systems often bring discounts that lower your auto insurance quotes.

4. Drop your guard when you get home

Many people take precautions against car theft while traveling, but become complacent when they return to the familiarity of their own neighborhoods. That's a big mistake, says Sgt. John Delaney, a spokesperson for the Springfield, Mass., Police Department.

"A lot of people have the misconception that if it is parked in their driveway it is safe," he says. "They leave the doors open, windows down, keys in the car. It is an open invitation for someone to jump in the car and get going."

Always lock your car and use anti-theft devices, even when parked at home. If you have a garage, use it and keep it locked.

5. Assume that your old beater is safe from theft

No matter how old and beat up your car is, you can never completely rule out the possibility of theft.

"Many times [old cars] are easier to break into," says Walker says. "Many times these models are stolen for parts, because they are easy to sell on the stolen parts market."

Staton says parts from a dismantled car may sell for much more than the car could command if sold intact.

In some cases, criminals don't care about the value of the car they're stealing. They simply need temporary transportation.

When the weather is hot, you may be tempted to leave your vehicle running to keep the air conditioning powered while you dash into a bank or convenience store.

In such cases, you may end up paying a big price for trying to keep cool. It only takes seconds for an observant thief to jump inside your unattended car. In cold weather, thieves also target cars that have been left running in driveways to warm up.

After you've taken steps to avoid auto theft, make sure you've done nothing to encourage someone to burglarize your vehicle. Adkins says many people foolishly leave money, GPS devices and packages from high-end retail stores visible in their cars. For a thief, that's an invitation that's hard to resist.

Take the time to put valuables out of sight in your car's trunk, he advises. If you have a minivan or SUV that lacks a secure trunk, cover valuable items with a blanket.

When you shop for car insurance rates, remember that you need to buy comprehensive auto insurance in order to be covered in case your vehicle is stolen, vandalized, burned or damaged by weather.

Your home insurance covers the loss if your possessions are stolen from your car.

But in both cases the claim payment will be reduced by the amount of your deductible.