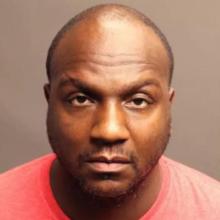 Suspect Identified In PnB Rock’s Fatal Shooting At Roscoe’s
Los Angeles police are searching for a man they describe as “armed and dangerous” in connection with the slaying of PnB Rock, who was shot and killed two weeks ago at Roscoe’s House of Chicken & Waffles in South L.A. Investigators on Wednesday released a photograph of Freddie Lee Trone. Authorities say Trone was involved in the rapper’s killing, which occurred during a violent robbery inside the Manchester Avenue eatery on Sept. 12. Detectives opted to make Trone’s image public after he evaded efforts on Tuesday to arrest him, according to law enforcement sources. The gunman who killed PnB Rock demanded jewelry and other valuables before getting into a struggle with the rapper and opening fire, LAPD Chief Michel Moore said. Moore said the shooting occurred soon after the rapper was tagged online as being at the restaurant, and police are investigating whether that is what prompted the attack. Police say such crimes linked to social media are rare. But Moore said he’s concerned about the proliferation of guns on the streets being used by robbers targeting victims for high-end jewelry.
LA Times

Woman Hospitalized After Drive-By Shooting On Sunset Boulevard
A woman is in the hospital Wednesday after being injured in a drive-by shooting in Hollywood. Officers responded at approximately 12:10 a.m. to Sunset Boulevard and Laurel Avenue where they found the victim suffering from gunshot wounds, said LAPD Officer Lizeth Lomeli. Witnesses told police the woman was walking on Sunset when a car drove up and fired several shots at her before driving away. The victim was taken to a hospital in stable condition. Lomeli said there was no suspect vehicle description.
MyNewsLA

Man Shot During North Hollywood Robbery On Street
A man was shot by two people Tuesday night who took his property and ran away, police said. The Los Angeles Police Department said they responded around 11:40 p.m. Tuesday to Sherman Way and Varna Avenue in North Hollywood where they learned two suspects approached the victim and after a brief altercation shot him and took his stuff, LAPD Officer Lizeth Lomeli said. The victim drove himself to a hospital where he was in stable condition, Lomeli said. The suspects ran away and are currently at large. Anyone who knows something about this incident is encouraged to call LAPD.
CBS 2

Man, Woman Stabbed In South Los Angeles
Two people are hospitalized Wednesday after stabbing each other during an altercation in the Jefferson Park neighborhood of South Los Angeles. Officers from the Southwest Division of the Los Angeles Police Department responded to reports of a stabbing at approximately 11:41 p.m. Tuesday at the intersection of Crenshaw Boulevard and 28th Street and located a man and a woman, both suffering from stab wounds, according to reports from the scene. Both were taken to a hospital in serious condition.
MyNewsLA

Athletic Trainer At San Fernando Valley High Schools Charged With Sexually Assaulting 10 Teen Girls
An athletic trainer who worked at two San Fernando Valley high schools was charged Tuesday with sex-related counts involving 10 teenage girls. Richard Alexander Turner, 64, is charged with six counts each of sexual penetration by use of force and sexual battery, four counts of sexual penetration of an unconscious person and one count each of forcible rape and forcible oral copulation, according to the Los Angeles County District Attorney's Office. "The unconsciousness in this particular case really refers to the fact that they may not have immediately been aware that they were being sexually molested,'' District Attorney George Gascón told reporters at a news conference to announce the charges. "There have been some cases where force was used as well." Turner -- who had worked at Birmingham Community Charter High School and Van Nuys High School -- was ordered to be held in lieu of nearly $2.3 million bail while awaiting arraignment Oct. 12. The charges involve 10 alleged victims between the ages of 15 and 17 between 2017 and this year, according to the district attorney, who said he was "grateful for the many young women that have come forward."
ABC 7

Police Search For Suspects Who Pistol-Whipped Victim For Diamond Necklace, Wallet In Canoga Park
Police searched early Wednesday for two armed robbery suspects in the Canoga Park area. The robbery happened near the intersection of Milwood Avenue and Sherman Way just before 3 a.m., according to the LAPD. One person suffered a cut to the eye after being pistol-whipped and robbed outside a Burger King. Police say the suspects got away with a diamond necklace and a wallet. Police say they're looking for two suspects, but did not release a description of them.
CBS 2

Homeless Man Arrested After Slapping Westchester Victim In Face
One person is in custody after slapping someone in the face at Westchester Park, according to the Los Angeles Police Department. It happened Tuesday morning around 8:30 a.m. at the Westchester Park tennis courts. Officers say two people were playing tennis when the suspect, an unhoused person staying at the park, came up and got into an unprovoked verbal altercation. The suspect then slapped one of the persons playing in the face. Police arrested the suspect on battery charges. They are being booked at the Pacific jail. It's unknown if the victim sought further medical treatment.
WestSide Current

LA Academy Middle School Lockdown Lifted
The Los Angeles Academy Middle School was locked down just before 3 p.m. on Tuesday, the LA School Police Department announced on Twitter. The Los Angeles Police Department said they received a call about a threat phoned into the school just before 1:30 p.m. No details about the threat were immediately available. The LASPD is taking the lead in the case, and both LASD and LAPD officers are at the school. "A parent/student reunion gate is located at Avalon Blvd/ E 56th St.," the LASPD announced on Twitter. Police said the lockdown was lifted just before 4 p.m., but no additional details were provided.
NBC 4

23-Year-Old Rapper Kee Riches Fatally Shot In Compton Over Weekend
Kee Riches, a 23-year-old L.A. rapper, was shot and killed in Compton on Saturday night. Riches, whose real name is Kian Nellum, was shot along with another man — 29-year-old Robert Leflore Jr. — around 9:40 p.m. on the 1500 block of S. Chester Avenue in Compton, according to the L.A. County Sheriff’s Department and L.A. County Medical Examiner-Coroner records. Tributes poured in across the artist’s social media accounts upon word of his death. The “2 Live” and “Westside Lady” rapper was known in the area for his love of his community and drive to build it up, much like slain rapper Nipsey Hussle, who was gunned down in 2019. Riches previously told L.A. Taco that the Crenshaw hero, whom he described as “the embodiment of a street soldier, a real hustler,” left a similar impact on his own life. The young rapper grew up on the westside of Compton playing sports and started rapping when he was in his mid teens, making a name for himself as an emcee who also started the successful clothing brand and record label Get Rich, according to the 2019 interview with L.A. Taco. L.A. County Sheriff Homicide Bureau officials responded to the shooting death investigation involving Riches and Leflore after receiving a gunshot victim call, according to a Sunday news release.
LA Times

Help Sought Finding ‘Critical Missing’ 12-Year-Old From Sun Valley
Authorities are asking the public for help in locating a “critical missing” 12-year-old girl last seen in Sun Valley. Daisy Marie Torres hasn’t been seen or heard from since 6:30 a.m. Monday when she was on the 12100 block of Allegheny Street, the Los Angeles County Sheriff’s Department said. Torres was described as a Hispanic female standing 5 feet 9 inches tall and weighing 140 pounds. She has black hair and brown eyes, and was last seen wearing a grey sweatshirt, grey sweatpants, black shoes, and a black backpack. No further information about Torres disappearance was provided but investigators said her family is concerned for her well-being. Anyone with information was asked to contact the Santa Clarita Valley Sheriff’s Station at 661-260-4000. Those who prefer to remain anonymous can call Crime Stoppers at 800-222-8477.
KTLA 5

Guard Shot During Attempted Robbery Of Armored Truck In Carson
A guard was shot when a group of armed robbers ambushed an armored truck in Carson Tuesday morning, according to officials. Reports of an attempted robbery came in around 10:40 a.m. Tuesday at a 7-Eleven at West 228th and South Figueroa streets. According to Los Angeles County Sheriff's Department deputies, the truck was ambushed by two people. During the ambush, one of the guards in the truck was shot in the backside. The two suspects then got into a getaway car driven by a third suspect, before fleeing the scene. The injured officer was taken to the hospital but is currently in stable condition. Deputies say the attackers were not able to take anything from the truck. The investigation is still ongoing.
FOX 11

Suspect In Lancaster Beating Intended To Rape Victim, DA Says; Identity Still Unknown
A man suspected of breaking into the Lancaster home of a Los Angeles County Probation officer and beating her to death has been formally charged with murder, even though investigators have been unable to determine who he is. On Tuesday, officials also announced that they believe the man had intended to rape the victim. He faces one count each of murder, assault with intent to commit rape during a residential burglary, first-degree residential burglary and sexual contact with deceased remains, the Los Angeles County District Attorney’s Office said. He also faces special allegations of personal use of a firearm and first-degree residential burglary with a person present. Authorities apparently have not been able to identify the man and he has been charged as a “John Doe.” The suspect is a transient who acted alone when he broke into 52-year-old Paula Lind’s home, the Los Angeles County Sheriff’s Department said earlier this week. He had no previous relationship with the victim.
KTLA 5

LA County Park Closes After Child Attacked By Mountain Lion
Pico Canyon Park in the unincorporated Stevenson Ranch area near Santa Clarita was closed Tuesday after a 7-year-old was attacked by an aggressive mountain lion in the park. The attack occurred Monday and left the child with non-life threatening injuries, according to the Los Angeles County Department of Parks and Recreation. Details surrounding the attack were not available, but the California Department of Fish and Wildlife reported the investigation "is being carried out as if this were a confirmed attack." The park will be closed until further notice, according to the Department of Parks and Recreation.
FOX 11

COVID Hospitalizations Fall Below 500 In Los Angeles County
The number of COVID-19-positive patients in Los Angeles County hospitals was slightly below the 500 mark Wednesday, down sharply from Saturday, while another 12 virus-related deaths were reported. According to state figures, there were 496 COVID-positive patients in county hospitals as of Tuesday, a reduction from 548 on Saturday, the most recent day for which figures were available. Of those patients, 53 were being treated in intensive care units, down from 60 on Saturday. County officials have said about 43% of patients with COVID were actually hospitalized due to virus-related illness, while the rest were admitted for other reasons, with some only learning they were infected when they were tested upon admission. The 12 new deaths reported Tuesday lifted the county’s overall death toll to 33,576. Another 1,288 cases were reported Tuesday, giving the county a cumulative total from throughout the pandemic of 3,451,726. The infection numbers reported by the county are believed to be an undercount of actual cases due to the prevalence of at-home COVID tests, the results of which are generally not reported to health officials.
MyNewsLA