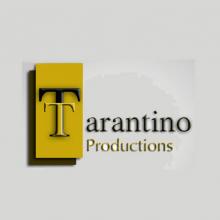 Hollywood (CA), January 25, 2016 — Tony Tarantino and Tarantino Productions announced that 10 percent of the net profits from his upcoming movie “Prism” would go to support police officers across the United States. The funds are intended to positively impact the lives of those within the law enforcement community and the residents they serve.

This pledge will span the three-year life of the distribution contract and monies will be paid out as they come in. The 10 percent pledge covers domestic and international markets as well as the sale of DVDs, Blu-ray, Netflix and other media distribution outlets.

“I have always been a strong supporter of law enforcement, and it is my hope that our country will take a closer look at the sacrifice the men and women wearing police uniforms make each day to try and keep us safe,” said Tony Tarantino.

Tony has secured a distribution contract for 3,000 theaters within the USA and in each of these theaters there will be a Support Law Enforcement Donation Box so that moviegoers can donate as they are entering and leaving the theater. We also hope to include on-screen publicity prior to the movie commencing.

“We are appreciative of Tony’s effort to provide funds to assist law enforcement professionals throughout the nation. We look forward to supporting worthwhile efforts to bring the communities we serve closer to their police departments,” said Jerretta Sandoz, vice president of the Los Angeles Police Protective League (LAPPL).

Tony is working with the LAPPL to make a difference and to help officers’ voices be heard. Funds will be sent to the LAPPL for distribution to other law enforcement agencies to support projects and efforts that promote safe communities and police officers.

Last Tuesday on the “Afternoon Delight” show with Tony Boldi, Tony Tarantino revealed the above pledge to the world. He hopes that it will bring law enforcement back into the spotlight in a good way as “Prism” shows just how much some of these men and women have to endure to do their job—actions that many times go unappreciated.

PRISM: The only time a U.S. law enforcement officer from the Arizona Drug Task force infiltrated the notorious Sinaloa Cartel and its inner circle of their leader, “El Chapo” Guzman. Backed by a crack team of federal and state law enforcement officials and the latest surveillance technology, they attempt to bring down Guzman, the leader of Mexico's most powerful drug cartel. After the events of ATF scandal, Operation Fast And Furious, and the murder of border agent Terry, it is discovered that Guzman uses the same routes to smuggle drugs from Chicago to across the United States, as was used by Al Capone. - www.tarantinoproductions.com.

About the LAPPL: Formed in 1923, the Los Angeles Police Protective League (LAPPL) represents the more than 9,900 dedicated and professional sworn members of the Los Angeles Police Department. The LAPPL serves to advance the interests of LAPD officers through legislative and legal advocacy, political action and education. The LAPPL can be found on the Web at www.LAPD.com.