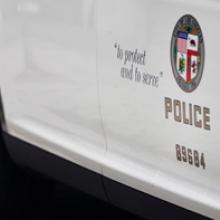 A 27-year veteran of the Los Angeles Police Department has been named the new police chief of Bell, city officials announced Tuesday.

Carlos Islas had been serving as acting police chief in Bell since October, and will assume his duties immediately.

"I am humbled to receive this appointment and I look forward to continuing to serve the city of Bell, the officers, and the residents," Islas said.

Islas is a graduate of the FBI Leadership Academy, and is working on a bachelor's degree in criminal justice management at California Southern University.

A badge-pinning ceremony is planned for 6:30 p.m. on March 22 at the Bell Community Center, 6250 Pine Ave., to be followed by the regular City Council meeting.