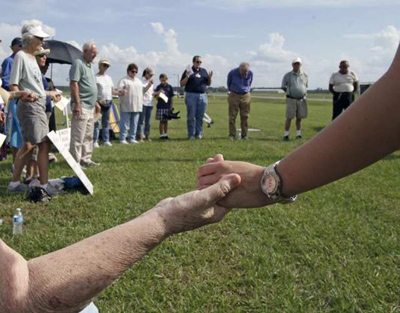 About two-thirds of Californians support the death penalty, according to Field Poll survey results released Thursday.

The level of support -- 68% -- remains at about the same level as it has for the last few years, but is down from the 1980s and early 1990s, when 80% or more of California voters responding in the poll said they supported the death penalty.

Republicans were far more likely than Democrats to support keeping the death penalty -- 81% versus 57%.

Those who identified themselves as liberals were the only subgroup in which more respondents supported doing away with the death penalty than keeping it, with 49% saying it should be abolished and 46% in favor of keeping it.

Although most respondents said they did not want to abolish the death penalty, many saw life in prison as a preferred alternative.

When asked what penalty they personally would prefer for someone convicted of first-degree murder, 48% said life in prison without parole, while 40% opted for death.

That shows a change in views since 2000, when 44% of respondents said they would prefer the death penalty and 37% opted for life in prison.

The survey was a random sample of 1,001 registered voters, with each question asked to a random subsample of either 481 or 520 voters, with a maximum margin of error of 4.6 percentage points.