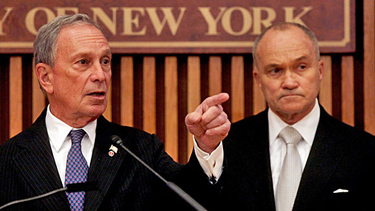 U.S. intelligence agencies have received information about a credible but still unconfirmed terrorism threat tied to the anniversary of the Sept. 11 attacks, officials said Thursday night.

"It's accurate that there is specific, credible but unconfirmed threat information," Matt Chandler, a spokesman for the Department of Homeland Security, said in a statement. "As we always do before important dates like the anniversary of 9/11, we will undoubtedly get more reporting in the coming days.... We continue to ask the American people to remain vigilant as we head into the weekend."

A senior White House official, who spoke on the condition of anonymity, said President Obama was briefed on the threat information Thursday morning, with updates throughout the day.

Though the federal government had already enhanced security for Sunday's 10-year anniversary, "the president directed the counter-terrorism community to redouble its efforts in response to this credible but unconfirmed information," the official said.

Another administration official said that the threat information was focused on New York City or Washington.

The officials refused to say which group might be behind the threat, but Fedarcyk alluded several times to information obtained in searches of Osama bin Laden's compound in Pakistan.

The New York Police Department says it has foiled at least 13 planned terrorist attacks since Sept. 11, 2001, and Kelly said the coming days would bring enhanced security in the form of additional police on the streets; checkpoints at bridges and tunnels; stepped-up towing of illegally parked vehicles; more aggressive searches of backpacks and handbags in subway stations; and increased use of bomb-sniffing dogs on the streets.

Bloomberg said that despite the threat and the increased security measures, "there's no reason for any of the rest of us to change anything in our daily routines."

"The best thing we can do to fight terrorism is to refuse to be intimidated by it," Bloomberg said. "Just for the record, I plan to take the subway tomorrow morning and feel just as safe as I did this morning."

In September 2009, Najibullah Zazi, an Afghan native who had grown up in New York City, was arrested and charged with plotting to blow up subways or other targets in conjunction with the eighth anniversary of the Sept. 11 attacks. He pleaded guilty in federal court last year to terrorism-related charges including conspiring to use weapons of mass destruction, and was sentenced to life in prison.

Zazi said he had attended an Al Qaeda training camp in Pakistan and was motivated by anger about U.S. military action in Afghanistan.