Skip to main content
10
Dec 2018
When life unravels, where do police officers turn for help? 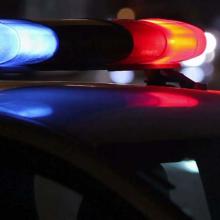 Thirty-six LAPD officer suicides were reported between 1998 and 2017. More than 600 officers responded to an NBC4 I-Team survey exploring some of the reasons behind the statistics
Lolita Lopez and Phil Dreschsler, NBC LA
Full report here

David Swailes was a 10-year Los Angeles Police Department veteran who was married to his high school sweetheart. A father of four boys, he was making plans for a family trip to Disneyland.

His wife of 14 years had noticed something was horribly wrong in recent months. His behavior had changed. There were fits of rage. He wasn't sleeping well and having nightmares when he did sleep.

"There were all kind of pieces of a puzzle," said Melissa Swailes. "At the time, I didn't see how they all fit together.

"I had every confidence that he would get through it."

One day in 2016, on a son's second birthday, the day they were supposed to make that Disneyland visit, David Swailes killed himself with a gunshot to the head.

"It's just so still surreal, to go from making plans [as a] family to go to Disneyland, to making funeral arrangements," said Melissa Swailes.

David Swailes' death was one of 36 LAPD officer suicides reported between 1998 and 2017, according to a study done by the department's Behavioral Science Services. During that same time, there were 16 officer deaths while in the line of duty.

NBC4 -- with the support of the Los Angeles Police Protective League, the union that represents the department's more than 7,000 rank-and-file officers -- sent surveys with questions about job-related stress faced by officers.

More than 600 officers responded to the NBC4 I-Team survey.

There were some common themes in the responses. Among them, 90 percent of respondents said there is a stigma in law enforcement that creates a barrier to seeking help for emotional or behavioral health issues.

In Swailes' tragic case, his widow saw that running from call to call took its toll. He had become emotionally unstable, but knew services were available, she said.

"He looked up the number, but he never called it," said Melissa Swailes. "Instead, he walked into our bathroom with one of his guns and shot himself in the head."

"I would hate for another family to learn about this issue the way that I did."

The survey results do not mean the streets are flooded with cops unfit for duty or excuse some officers' controversial actions, but the survey gives insight into the burdens of the badge.

The union, department and families of those who have died by suicide are now speaking out about the issue in hopes of breaking any stigma attached to seeking help when they are experiencing those emotional issues.

Gordon, a veteran SWAT officer, is part of a peer support network.

"What we want to do is break down that barrier and have these officers seek out the help they need without the stigma attached."

Officer Tim Olsen understands that feeling. He had been on the job for just two months when he was thrust into the middle of the North Hollywood shootout. Two heavily armed gunmen wearing body armor opened fire on out-gunned officers and bystanders after a robbery at a bank in February 1997.

Before his first year with the department was over, he was involved in two more shootings.

"I drank a lot," Olsen said. "I didn't tell anybody that I was bothered by it, so I just sucked it up."

The stress packed into those first months on the job cost him his marriage, Olsen said. He knew help was available, but felt shame and fear about asking for it.

Chief Michel Moore advocates for peer-to-peer support and multiple checks even months after an an incident impacts an officer.

"We want them to be involved in these services," he said.

Moore sat down with the I-Team and opened up about losing his friend, officer Sonny Medina, who was also at the North Hollywood shootout and killed himself years later.

"Why didn't we see that coming and how can we prevent that from ever happening again?

"What we've done more recently is now we require them to go a second and third time," he said.

Dr. Denise Jablonski-Kaye, a full-time psychiatrist with the LAPD, said she's heard excuses and stories, such as officers worried about being seen as unfit for the job.

"It just means that you're going through a difficult time," Jablonski-Kaye said. "If they get some help from us, it's not a sign of weakness. It's just getting some assistance, like a back-up call."

As for Olsen, he said he's doing well. His turning point was when he thought about his daughter and being there for her.

"My goal is someone is going to watch this and realize that there is help for them, there are resources out there," said Olsen.