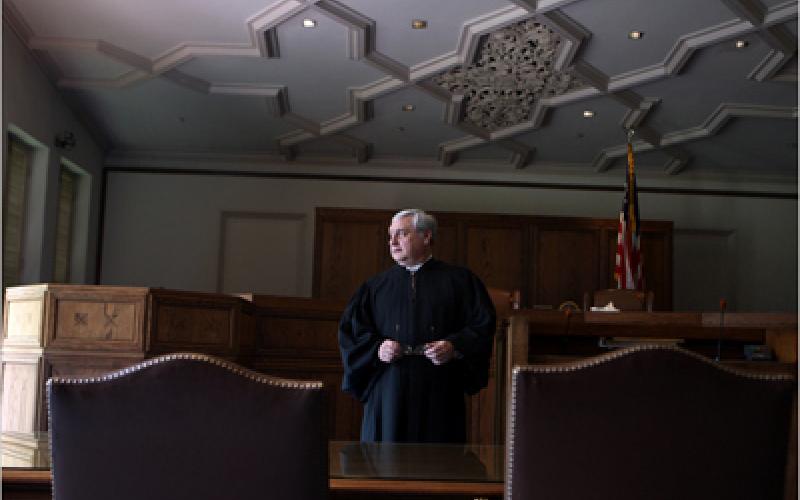 The court has "a healthy amount of Western independence," said Alex Kozinski, chief judge of the Ninth Circuit. (Thor Swift for The New York Times)

Once again, we are not surprised that the 9th U.S. Circuit Court of Appeals has handed down another bizarre ruling that defies logic and common sense – and puts public safety at risk.

Why aren’t we surprised? Because this appellate court has a well-earned reputation as the court most at odds with the U.S. Supreme Court. The 9th Circuit wields an awful lot of power, and as we previously blogged, it is one of the most reversed court in the nation.

Setting itself up to be reversed again, the 9th Circuit ruled on July 31 that a convicted sex offender can sue California for violating his civil rights by conditioning his parole with a residency restriction and GPS monitoring allowed by state law, Courthouse News Service reported.

William Thornton was convicted in California in 2006 for buying or receiving stolen property, and later for robbery. On both convictions, the California Department of Corrections and Rehabilitation appropriately imposed residency and GPS monitoring restrictions as conditions of his parole release from prison because he had entered a guilty plea in Tennessee to sexual battery in 1987.

The California’s Sexual Predator Punishment and Control Act of 2006, also known as Jessica’s Law, requires that registered sex offenders may not “reside within 2,000 feet of any public or private school, or park where children regularly gather.” Another provision of state law requires electronic monitoring by a GPS device.

Thornton challenged the parole conditions during his second prison term in California. A federal judge in San Diego smartly dismissed his complaint, but on July 31, a divided three-judge panel of the 9th Circuit reversed that decision, claiming the lower court had misinterpreted a U.S. Supreme Court’s resolution.

While we believe that this ruling missed the mark, a New York Times story, “‘Liberal’ Reputation Precedes Ninth Circuit Court” discusses why many observers believe the court is “out of touch with the nation’s political and judicial mainstream” and why bloggers call it the “nutty Ninth.”

We can only hope the William Thornton case is on its way to the U.S. Supreme Court on appeal where good judgment and common sense will prevail again. While that would make for another bad day for the 9th Circuit, it would be a good day for law enforcement and public safety.