Skip to main content
01
Aug 2009
Another Tragedy of Parole

Below is a story from the July 30th edition of the Fresno Bee. The story highlights the latest failure of the Parole Violation Decision Making Instruments (PVDMI) currently being implemented by the Schwarzenegger’s Department of Corrections. The PVDMI system is being used to avoid sending parole violators back to prison in order to save money, instead of protecting public safety.

The LAPPL has said it many times, but it is worth repeating, the PVDMI system is seriously flawed. Sandra and Gary De Bartolo are the latest victims of our state’s cost saving ideas. We need to continue to ask the Governor why people like Leroy Anthony Johnson are out on the streets instead of behind bars.

See my highlights in the story below that illustrate the failure of the our state’s current cost savings efforts.

By Marc Benjamin and Pablo Lopez / The Fresno Bee 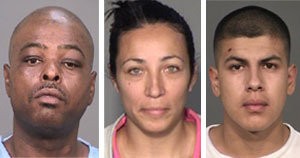 Leroy Anthony Johnson was released from Fresno County Jail because, officials say, the amount of marijuana he was accused of possessing is not enough to trigger a return to prison under parole guidelines.

A Fresno man accused of killing a Kerman couple and seriously injuring a Southern California businessman in separate knife attacks was released from a parole hold at Fresno County Jail two weeks before the first attack, jail records show.

Leroy Anthony Johnson, 42, was arrested June 30 on a parole violation and released two days later, records show. Johnson is suspected of slashing the throats of Sandra and Gary De Bartolo of Kerman on July 22 and of stabbing Philip Neiman at a Fresno motel on July 16.

Fresno police had booked Johnson into jail on suspicion of possession of less than an ounce of marijuana, records show, leaving the case for the state parole division for a follow-up investigation. 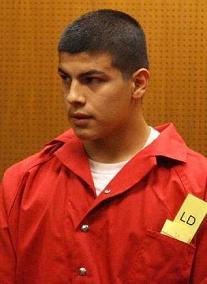 Meanwhile, Johnson's co-defendant, Jose Alfredo Reyes, 19, appeared in court Thursday, but his arraignment was delayed until Aug. 6 when Johnson and a third defendant, Dawn Marie Singh, 34, will enter pleas. They have been booked on suspicion of murdering the De Bartolos.Reyes, wearing shackles and a red jail jumpsuit, said in Fresno County Superior Court that he agreed to the arraignment delay. He then returned to jail, where he is being held on more than $1 million bail.

County records show Reyes, previously arrested on a vehicle-theft charge, was released from Fresno County Jail on July 20 because of jail crowding.

The three suspects could face the death penalty or life in prison, if convicted, because prosecutors allege the killings occurred during a robbery and burglary.

According to court records, Johnson and Reyes had gone to the De Bartolo home to obtain 20 pounds of marijuana. Authorities found a marijuana-growing operation with high-powered bulbs and a ventilation system in the home, according to a search warrant. Because no pipes or other drug paraphernalia was found, law enforcement officials determined that marijuana was being grown for sale and was not being used by the De Bartolos.

Johnson was released from jail this month, said Larry Robinson, a state parole supervisor in Fresno, because the amount of marijuana he was accused of possessing typically is not enough to trigger a return to prison under state parole guidelines. 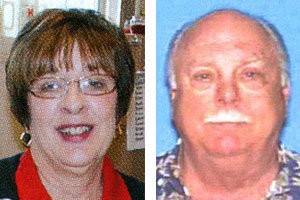 THE FRESNO BEE
Sandra and Gary De Bartolo were found slain in their Kerman home on July 22.

Had Johnson been carrying a weapon when arrested, he would have gone back to prison, Robinson said.

The local parole division sent Johnson's case to the Board of Parole Hearings, which recommended that he complete a drug education class. That decision was forwarded to the local parole office on July 16, the same day police say Johnson slashed Neiman at a Motel 6 on Blackstone Avenue.

Neiman's wife, Joan, said her husband has been advised by legal counsel not to comment about the case. She said her husband is recovering from injuries to his face, neck and chest.Johnson was convicted in 1998 of assault with a deadly weapon and was sentenced to 13 years. Court records said he stabbed another man with a metal rod in an attempted robbery on Aug. 1, 1997.

He had two robbery convictions in 1985 and, under the three-strikes law, could have been sent to prison for 25 years to life, a recommendation that was made by the Fresno County Probation Department. But a judge dismissed the two earlier strikes because of Johnson's youth in 1985 and because the 1998 conviction came 13 years later, court records said. Johnson was released from prison in December and placed on parole, Robinson said