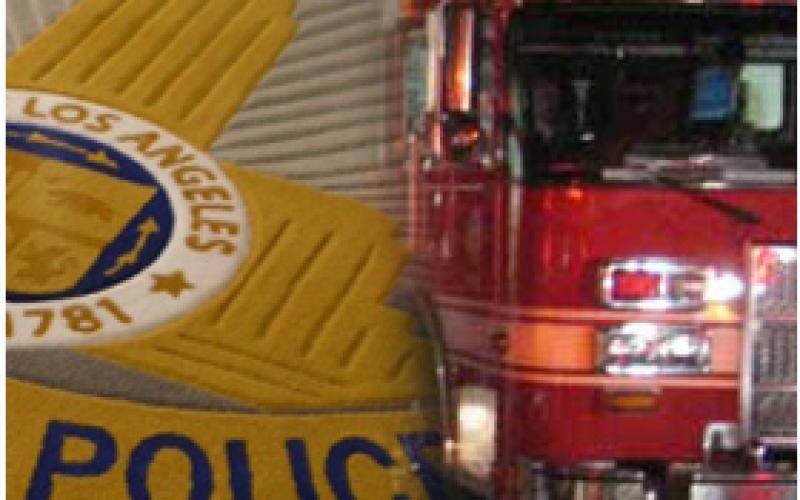 When we preach public safety first, we mean just that. When someone dials 9-1-1, the caller is typically in urgent need of help from police, firefighters or paramedics, if not all three. Our city’s residents expect and deserve a timely public safety response – especially when every minute counts.

The League continually calls attention to the impacts of the city budget crisis on the LAPD. But we’re also growing increasingly concerned about the effects of budget cuts on the Los Angeles Fire Department. When it comes to public safety, the LAPD and LAFD are full partners in protecting and serving the people of Los Angeles.

Every day, the LAFD temporarily closes 22 fire companies and six ambulance teams to save money. This stopgap measure was implemented in 2009 as part of a budget balancing effort. The idea was that the closed companies’ firefighters would report to other companies to fill in for sick or vacationing firefighters. Measures like these leave residents hoping their nearest station won’t be closed on a day they need the help of firefighters or paramedics. But hopeful thinking is not an adequate public-safety strategy.

Now, to eliminate the temporary closings, the City is proposing the permanent closure of 18 fire companies and four ambulances at stations across the city. This wasn’t the solution to the “temporary” closures we wanted or expected. And it isn’t the right one either. Some of our elected leaders are apparently prioritizing other concerns over public safety.

Before Mayor Antonio Villaraigosa unveiled his $6.9-billion budget last month, we knew it would require difficult choices to close the budget gap. But we also expected the choices to be prudent.

The proposed closure of the Wilmington-area Truck 38 is a case in point. L.A. County Supervisor Don Knabe fired off a letter to the Mayor, taking exception with the plan to close the fire company and two ambulances serving the community of Wilmington. Knabe rightfully acted out of safety concerns for his constituents and because the city and county have “mutual aid and automatic aid” agreements to respond into one another’s jurisdictions to assist with fire suppression.

Now consider the Malibu/Pacific Palisades border, which has some of the country’s densest brush terrain. When a brush fire threatens Malibu residents, LAFD Engine Company 69 is the primary first aid the county receives from the city because of its location on Sunset Boulevard near PCH and Temescal Canyon. Closure of this Company will result in 10-minute response time delays, assuming the next truck is not already out on a call – an unacceptable risk for Southland residents.

And then there are fire calls that impact the LAPD. When a neighborhood needs to be evacuated, for instance, LAPD officers are always on-scene to get residents out of harm’s way. And, of course, officers depend on LAFD to respond as quickly as possible when a crime victim or an officer is wounded. Every minute waiting for help can often mean the difference between life and death.

As the men and women of LAPD and LAFD pull together to continue protecting our city despite continually diminishing resources, we are watching to see how many of our elected leaders will stand with us and put public safety first.