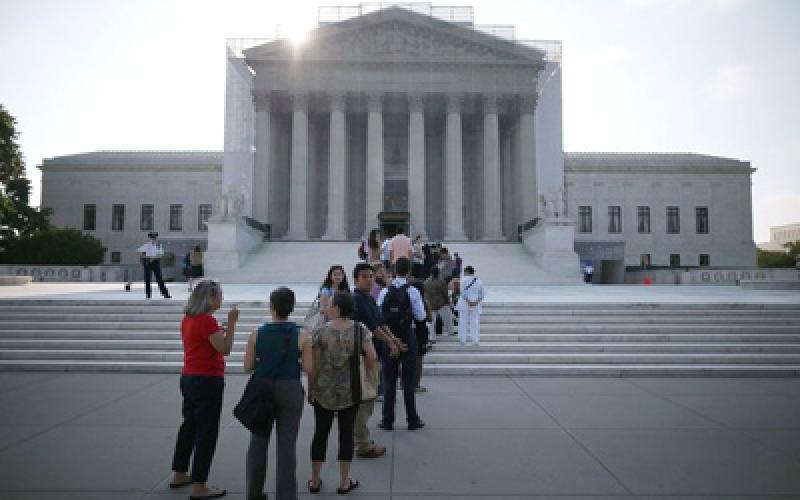 The Los Angeles Times editorial board isn’t happy, but we could not be more satisfied that the U.S. Supreme Court ruled this week in favor of Los Angeles police officers in a key ruling on home searches.

The court ruled 6 to 3 that when occupants of a dwelling disagree on whether they will admit police without a warrant, the objecting occupant must be physically present. The ruling built on a 2006 decision in which the court said the consent of one person was not enough to allow police into a dwelling when another occupant is present and objects.

The rules don’t change if police have removed the objector, the court said – precisely what happened after Walter Fernandez was arrested and removed from his home.

Fernandez told the LAPD officers that they could not search his home without a warrant. The officers arrested him and took him to the police station, having followed him from the scene of a robbery. They then returned and got permission from a woman living with Fernandez, Roxanne Rojas, to let them look around. The officers found plenty of evidence – enough to earn Fernandez a 14-year prison sentence.

“An occupant who is absent due to a lawful detention or arrest stands in the same shoes as an occupant who is absent for any other reason,” Justice Samuel A. Alito Jr. wrote for the majority. Alito said there was no need for officers to obtain a warrant. When they arrived the first time, having followed Fernandez from the scene of a robbery, Rojas answered the door crying, with a bump on her nose and blood on her hands and shirt.

“Denying someone in Rojas’ position the right to allow the police to enter her home would also show disrespect for her independence,” Alito continued. “Having beaten Rojas, petitioner would bar her from controlling access to her own home until such time as he chose to relent.”

The Fourth Amendment’s protection against unreasonable searches and seizures is an important tenant of Americans’ freedom. That is why police generally need a warrant for their actions. But there are and need to be common sense exceptions, such as when an occupant of a dwelling consents. In Tuesday’s decision, the High Court further clarified the circumstances under which an exception may occur.

Chief Justice John G. Roberts Jr. and Justices Antonin Scalia, Anthony M. Kennedy, Clarence Thomas and Stephen G. Breyer joined Justice Alito in the majority ruling. We thank them for their wisdom and understanding of what it takes to protect the safety and rights of law abiding citizens.