Skip to main content
10
Jul 2013
Judge Brown, what were you thinking? 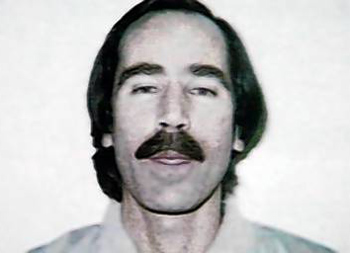 A dated photo of Christopher Evans Hubbart, who has admitted to raping about 40 women, authorities said. A judge ordered Hubbart's release from custody, and the Los Angeles County District Attorney's office is fighting the order.

Christopher Hubbart admitted to raping approximately 40 women throughout California including 26 women in Los Angeles County between 1971 and 1982. If those crimes had been committed today, Hubbart would be facing life in prison. Unfortunately, in the era he committed his horrendous crimes, he received a sentence that now makes him eligible for conditional release from prison.

Incredibly, last May, Santa Clara County Superior Court Judge Gilbert Brown granted Hubbart’s request for conditional release from prison and determined he should be conditionally released to Los Angeles County, where he was raised. We can only shake our heads in disbelief at the judge’s nonsensical ruling.

Public officials are appropriately outraged over the prospect of his release and so are we. Los Angeles County District Attorney Jackie Lacey announced her office filed a writ challenging the judge’s ruling. “Our ultimate goal is to seek justice for all residents of Los Angeles County and make sure sexually violent predators remain in custody,” Lacey said. “This inmate has a long history of horrific violence against women and we must act to keep our community safe.”

The Los Angeles County Board of Supervisors applauded the DA’s decision, saying they were concerned about the threat that Hubbart could pose to local residents.

Fortunately, the court will hold a number of hearings between now and November before Hubbart can be released. The LAPPL strongly believes that all steps must be taken to ensure Hubbart remains in custody. We urge other concerned public officials and citizens to join DA Lacey and L.A. County supervisors in calling for nothing short of life in prison for this violent predator.