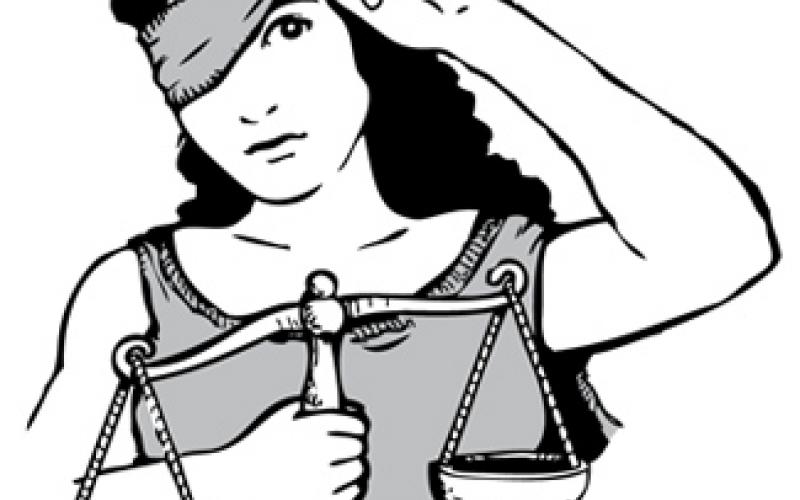 As said in the book To Kill a Mockingbird, “The best way to clear the air is to have it all out in the open.” And, all out in the open is precisely what happened following the detention of actress Daniele Watts on September 11, 2014, following her social media posts claiming LAPD officers only detained her because of her race. LAPD Sergeant Jim Parker, the officer who first encountered Ms. Watts, put everything “out in the open” by recording his interaction between him and Ms. Watts the day of the encounter, clearly disproving her claim of racial bias by LAPD officers.

It appears the tape and photos of Ms. Watts’ conduct prior to police arrival seem to disprove any racial bias by officers, who according to an LAPD press release “responded to a radio call of indecent exposure in the 11900 block of Ventura Boulevard. The citizen who called the police to complain told the 9-1-1 operator that a male and a female were involved in indecent exposure inside a Silver Mercedes with the vehicle door open.” After listening to the tape and seeing the photos, community activists such as Urban Policy Roundtable President Earl Ofari Hutchinson held a press conference to call on Watts to apologize to the LAPD for her racial bias allegations. Hutchinson said the audio recording and photos cast doubt on Watts’ account.

“I was one that was very outspoken about it,” he said. “We take racial profiling very seriously. It’s not a plaything. It’s not trivial.” Hutchinson told KNBC that this incident was a teaching moment for him. “We began to see pictures that actually show that perhaps there was probable cause for the stop. There was probable cause for the detention,” he said. “You must have your facts. You can’t rush to judgment. If you do that, you have no credibility.”

One might think that the tape, photo, that fact that it appears no formal complaint was made by Ms. Watts, and the outspoken judgment by community leaders that there was no racial bias by police in this incident would end the matter for the LAPD. Wrong.

Although it appears that a complaint has not been filed by Watts, LAPD Internal Affairs has launched an internal affairs investigation of the sergeant and two other officers who responded to the incident. The officers have not been told what they constituted “misconduct.” Perhaps this investigation is driven by the consent decree entered into years ago by the LAPD, which demands an investigation when wrongdoing comes to the attention of the LAPD. However, we would be guessing as that being the basis, because when asked for comment by the media as to the nature of the investigation, the Department responded, “we don’t have a comment to make.”

One can only imagine what would have happened had Sergeant Parker not taped the incident, and had the tape not been released to the media. Likely, there would have been a long debate about racial bias in the LAPD, the names of the involved officers would have leaked, then tarnished, and it would have been much later before the investigation ended and the “air cleared.” Instead, although what did happen is known, a mysterious foray into some unknown wrongdoing will commence.

Regardless of the investigation’s conclusions, and even if the officers involved in this incident are cleared of wrongdoing, this unwarranted investigation will have future repercussions. The fact the officers were investigated will always remain in their personnel files, and may detrimentally affect their careers going forward. As an appellate court has noted in a 2013 ruling on an LAPPL lawsuit regarding internal affair investigations, the LAPD may use prior complaints without finding of wrongdoing to establish “a ‘pattern of conduct’ that for purposes of, be used to sustain a future complaint.”

The investigation into this incident brings into the open what many LAPD officers have long claimed; the LAPD disciplinary system is arcane, unfair and needs to be reformed. The tape and photos in this incident, viewed by the public and concerned community activists, “cleared the air” and allowed persons of commonsense to quickly come to rational conclusions about what happened. Unfortunately for the officers involved, they will now be forced into the “rabbit hole” of the LAPD disciplinary process, a process that would make the Queen of Hearts from Alice in Wonderland chafe with envy.