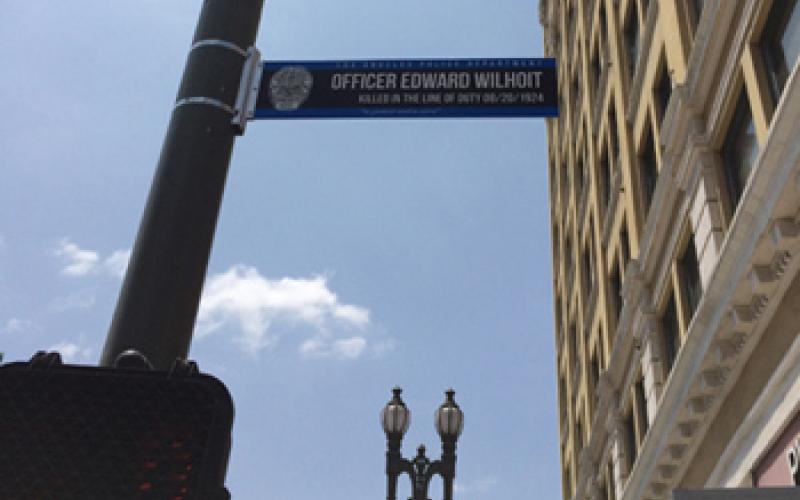 The Los Angeles Police Protective League would like to thank the community for their outpouring of support as the LAPD mourns the loss of three police officers in the line of duty this year.

Last week, Officer Roberto Sanchez was killed by a hit-and-run driver. In March, Officer Nick Lee was killed when his patrol car was hit by a garbage truck and in April, LAPD Motorcycle Officer Chris Cortijo died after he was struck by an alleged DUI driver.

While LAPD officers are first responders on a daily basis to violent crimes, rape victims, victims of assaults and/or car crashes, the recent deaths of three beloved brother officers has been devastating to the men and women of the LAPD. The duties of a police officer entail confronting situations that often cause considerable emotional distress, and it’s not uncommon for post-traumatic stress disorder to manifest itself after these types of events.

In this time of grieving, it’s been comforting to see officers and the community join together to honor and memorialize those lost in the line of duty. In just days, police memorial ceremonies will take place across the country in recognition of National Police Week. Meanwhile, yesterday at the Police Administration Building, the Department honored all officers lost in the line of duty with its Annual Memorial Ceremony. And over the weekend, a contingent of LAPD personnel will be heading to Washington, D.C., to join in the various ceremonies taking place during National Police Week. These memorial ceremonies remind us about the dangers and ultimate sacrifices officers make.

While officers have united in support of one another during these trying times, we cannot say enough about the outpouring of compassion and support that rank and file officers have received from the community these past several weeks. The notes, flowers, and food brought to area police stations has touched officers deeply and has provided the Department with a great deal of comfort and solace during this difficult time.

To the countless individuals who have reached out to offer their comfort and support to us, on behalf of all LAPD officers, we want to say thank you.