Skip to main content
13
Jun 2011
What was this judge thinking?

LAPD Detective Thomas Townsend summed up his frustration and outrage with two questions: 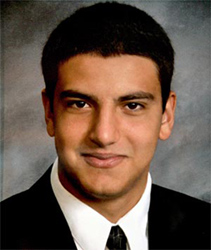 "How do you allow a murder suspect out on a no-bail warrant, how do you not honor that?” he asked L.A. Times reporter Robert Faturechi in a story published last week. “Where's the justice there?"

For 18 months Detective Townsend had been investigating the shooting death of 19-year-old Mike Yepremyan outside a North Hollywood department store. The November 2009 killing drew national attention after the L.A. Times published a riveting story, also by Faturechi, of the events leading to the teenager’s death.

After an exhaustive investigation and manhunt, police tracked the prime suspect in the case to an apartment near Puerto Rico’s capital city. They arrested Zareh Manjikian, 23, as he drove to a neighboring beach town. But then, in a shocking and inexplicable turn of events, a judge in Puerto Rico ignored a request by authorities in Los Angeles that Manjikian be held without bail, releasing the murder suspect on a $50,000 bond. He’s been on the run ever since.

Last week, Councilman Paul Krekorian, whose district includes the North Hollywood parking lot where Yepremyan was killed, wisely introduced a resolution calling for a federal investigation. He said the decision by Judge Gloria Maynard to release Manjikian was “so disgusting, so absolutely bizarre and inexplicable that I think it has to be investigated.”

We agree – there can be no valid reason for the judge to release a murder suspect who is a known flight risk. We trust the City Council will vote without delay to get this matter escalated to the federal level for a thorough investigation of the judge’s decision.

The family of Mike Yepremyan and the detectives who have worked tirelessly on this case deserve answers for the judge’s bizarre decision even as the search for Zareh Manjikian continues.