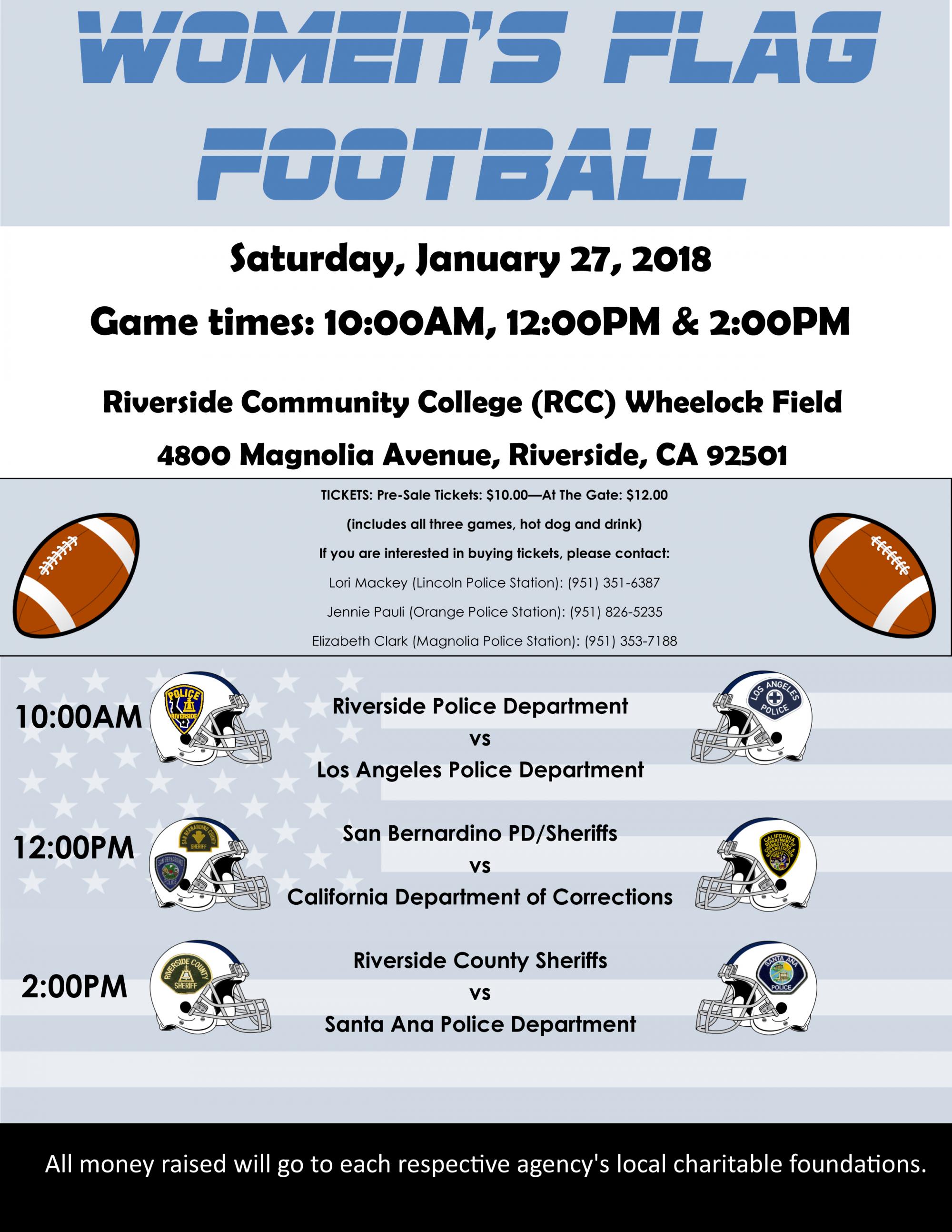 On January 27, 2018, members of the LAPD Women’s Soccer, Basketball and Softball teams will unite for the first time as “1781 Charlie’s Angels” to participate in this flag football charity event, hosted by the Riverside Police Department. There are (6) teams playing that day. We line up against the host department at 10 a.m. All games are played Riverside Community College's Wheelock Field, located at 4800 Magnolia Avenue, Riverside, CA. Each Pre-Sale ticket of $10 includes entry to all (3) games being played, a hot dog, and a drink ($12 at the gate). There will be vendors and pro-police supporters, K-9 units from the various departments and surprise half-time shows! Contact: Police Officer III Leticia Rousseve at [email protected] to get your tickets or for more information.