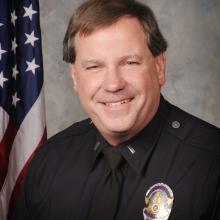 We have great news: After years of pushing for reform of the Board of Rights process, we are now on a citywide ballot to amend the Charter for the election on May 16, 2017. If it passes, the measure would amend the City Charter to authorize the Council to adopt an ordinance that creates a three-member, all-civilian Board of Rights. Under the new ordinance, an officer would have the choice of going either to the current Board of two command officers and one civilian, or to a new Board of three civilians. The civilian hearing officers who make up the new Board would be from the same pool and selected in the same manner as the one civilian is now chosen. All the procedures and protections under the Peace Officers Bill of Rights would remain in place. The only difference—but this is significant—is that if you are charged and you want an all civilian Board, you will get one. Of course, we have long felt that removing the command officers from the Board will promote better decisions and eliminate the ability of the Chief to unfairly influence the process.

The ordinance will be in place—and the all-civilian Board option—for at least two years from adoption. After two years, the two types of Boards (one with command officers, and one with all civilians) will be reviewed and a report will be given to the City Council. If the City Council wants to keep the new law in place, they don’t have to do anything. If the Council decides to repeal the new process and do away with the all-civilian Board, they can do that, too. The LAPPL Board of Directors is confident that the new composition of Boards of Rights will be a great success, bringing fairness and confidence to the now broken process, and that the City Council will keep the new law. We will certainly advocate for that.

As you know, this process began years ago. We have argued and urged the merits of an all civilian Board to the last several mayors, city attorneys and to multiple council members. We appreciate that Mayor Garcetti sees the value in amending the Charter and creating this opportunity to evaluate the two types of Boards. Council President Herb Wesson has been instrumental in seeing this process through from adoption to presentation before the City Council for consideration. The entire City Council was unanimous in its action to place this measure on the ballot for May 16. There has been a great deal of support from City Hall on this initiative. Now we look forward to the item passing, the ordinance being adopted and working with the City to implement the all-civilian Board option for our members.

For some officers who may be apprehensive about these changes, please remember this. First and foremost, this will be your option to go to the three-civilian board or opt for the current system. This is a win-win for you. Second, the only groups or individuals out there right now opposing this Charter are the Chief, the Los Angeles Times and the ACLU. For the Times and ACLU, it is believed that the three-civilian would be too lenient! Anytime that is the argument on the other side, it’s good for L.A. cops.

My argument has always been about fairness. As I had stated in earlier articles, fair discipline is guaranteed to us by the state and federal Constitutions. The Public Safety Officers Procedural Bill of Rights requires that police officers be offered an administrative appeals process before any punitive action of denial of promotion on the grounds other than merit can be undertaken.

We are currently putting together a campaign strategy for the election. We will be calling you during the campaign process to help get the word out, so be ready.