Releasing BWV Video! Are You Kidding Me? 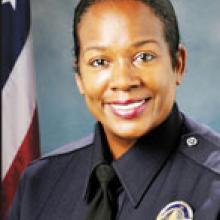 Body cameras are here, and we could not stop that train from moving forward. However, your Board of Directors has worked tirelessly to ensure that the body-worn video (BWV) policy was as fair as possible. We negotiated provisions in the policy in order to ensure that you were protected. The following are only a few highlights:

• If you are unable to activate your BWV, an explanation would be accepted.
• A 90-day grace period was negotiated.
• The ability for officers to review the footage prior to writing his or her report and/or being interviewed by FID. 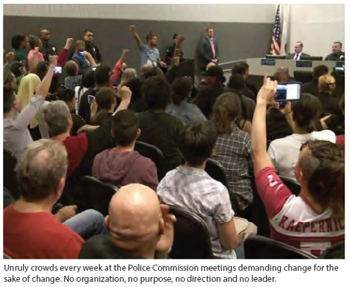 UCLA Law School Critical Race Studies Program will facilitate public engagement meetings throughout the city and “paraphrase” public comment in a report to the Police Commission. These public meetings were not well planned and it seems to me that the Police Commission has already made their minds up. These meetings are being held so they can say “they included the community.” On March 23, 2017, I was present at Van Ness Park where the first community meeting was being held to allow the residents to have input on what the new policy should be. There were approximately 40 people at the meeting and more than half were NOT from the community. In my opinion, this was an effort to steer the residents into buying into the Police Commission’s agenda to release BWV footage under the disguise of “the residents are requesting it.” The feedback from the residents who actually live in the community was that they would rather see the $50 million or more that will be spent on BWV being spent on youth programs, more police officers, safer streets, or jobs within their community. I’d say use that money to pay LAPD officers more money and ensure officers have adequate resources in the field. 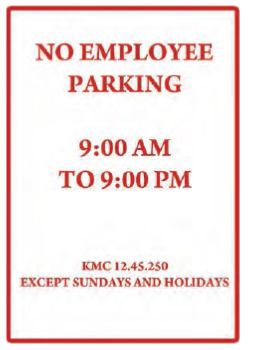 The release of BWV footage will cause many problems and the cons outweigh the pros:

• The release of the BWV footage will potentially cause danger to the officer and his or her family
• Potential jurors on a criminal case will be tainted and will recall what the video showed versus hearing the evidence
• Footage will be on social media and it will be almost impossible to obtain a non-biased jury pool
• The video may cause harm to potential witnesses by suspects
• If the video is graphic or controversial, it may cause civil unrest
• Undue pressure will be placed on the DA’s office

With violent crime up 69 percent since 2013, the Police Commission clearly has its priorities out of order. Your Board will keep you posted on our efforts to slow this fast-moving train down.

For years, our members that work in downtown Los Angeles have been tasked with fending for themselves when it comes to parking. Some members pay $50 a month, while others pay in upwards of $15 dollars per day depending on where they park. This is inconsistent and unfair. First, I feel that parking should be completely subsidized by the City. Second, if the City has to
impose parking fees for our members, it should be consistent. We will be meeting with the Department and City personnel to discuss our concerns and collaborate on how we can resolve some of the many issues related to parking.

Congrats to all the LAPD officers who participated in Baker to Vegas 2017. See the center spread of this issue for highlights. 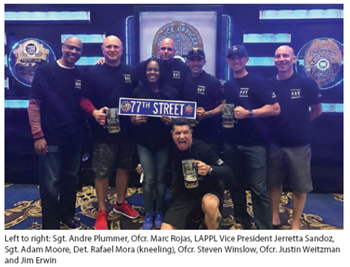