Skip to main content
22
May 2013
With all precincts reporting, clear leaders emerge in city races 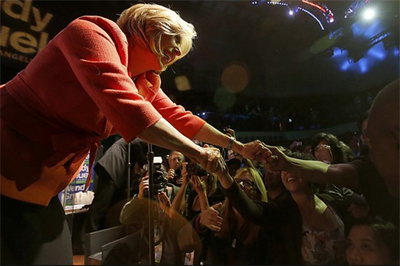 With 100% of precincts reporting just after 3 a.m., clear leaders emerged in citywide races for mayor, city controller, and city attorney, as well as four City Council seats and positions on the Board of Education and the L.A. Community College Board of Trustees.

Galperin, a lawyer and city financial efficiency commissioner, said during the campaign that his expertise in city finance qualified him for the job. Zine, a retired police sergeant and former city ccouncilman, said being a City Hall insider would help him take on the city's players and bureaucracy.

In the race to replace outgoing City Councilman Ed Reyes in the 1st District, former state legislator Gilbert Cedillo led the race against rival Jose Gardea -- who served as Reyes' chief of staff -- by about 52% to 48%.

Cindy Montanez, formerly in the state Assembly, held 43.5% of the vote in a field of six candidates running in a special election to fill the council's 6th District seat. Montanez and school board member Nury Martinez will face a runoff July 23.

The position, representing the San Fernando Valley, has been empty since former Councilman Tony Cardenas was elected to Congress in the fall.

In the district that covers much of South Los Angeles, state Sen. Curren Price (D-Los Angeles) led with nearly 53% of the vote, compared with 47% for Ana Cubas, a former aide to Councilman Jose Huizar. Price kept his early lead, although the race narrowed from the 10-point margin he held earlier in the night.

About 64% of voters said yes on Measure D, one of three separate measures that would regulate medical marijuana in Los Angeles.

Measure D would shrink the number of pot shops in Los Angeles to about 130, allowing only those operating before a failed 2007 city moratorium on dispensaries to stay open. The measure was backed by a coalition of older shops as well as a labor union that has organized workers at many of them.

In the race for an open seat on the Los Angeles Board of Education, Monica Ratliff led Antonio Sanchez 52% to 48%.

Financial support and union backing had made Sanchez a heavy favorite. A political-action committee spearheaded by Mayor Antonio Villaraigosa, the Coalition for School Reform, threw its full support behind Sanchez mainly because of his unreserved enthusiasm for L.A. schools Supt. John Deasy.

Ratliff, a 43-year-old teacher, countered with a low-visibility grass-roots campaign that made an issue of Sanchez's big-money backers and relied on support from individual educators and newspaper endorsements.