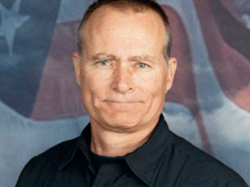 An architect who designed and oversaw construction of a Hollywood Hills mansion has been arrested and charged with involuntary manslaughter in connection with the 2011 death of a Los Angeles Fire Department firefighter, authorities said.

Glenn Allen, 61, a 36-year veteran of the LAFD, died after the ceiling of the 12,500-square-foot Hollywood Hills home fell on him in February 2011. Fire officials say a fire in the home burned through plastic sprinkler pipes in the attic and filled the space with water that collapsed the ceiling.

Allen was trapped in the rubble and had to be cut out. He later died in an LA-area hospital.

Becker's bail was set at $2 million. He pleaded not guilty at his arraignment Wednesday.