In Culver City last month, Zackariah Lehnen was charged with the murder of a young woman and an elderly man who were stabbed and beaten to death. In Los Angeles last July, Javier Rueda shot and injured two Los Angeles Police Department officers before he was fatally shot. 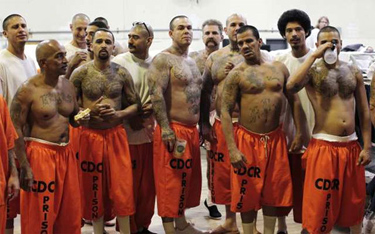 What's the connection between these violent incidents? Both Lehnen and Rueda were on the streets after being released from state prison - without any parole supervision or parole restrictions - under the California Department of Corrections and Rehabilitation's "non-revocable parole" program.

How many more innocent people will be injured or killed before we end this failed experiment?

The program, created by Senate Bill X3 18, became effective in January 2010. Under this program, the Department of Corrections is allowed to release from state prison a limited number of nonviolent, nonserious and nonsex offenders with no parole conditions and no parole supervision. These felons cannot have their parole revoked, even if they commit future crimes.

In theory, only the least violent and least risky felons who have served their time would qualify for non-revocable parole status, and the parole system would use fewer resources and cost the state less money. In practice, thousands of violent and dangerous prisoners have been erroneously freed without parole supervision or parole restrictions.

Last year, I requested an investigation into how the law was being implemented. Two weeks ago, the Office of the Inspector General concluded its yearlong investigation, and the results were stunning: In just a six-month period last year, the Department of Corrections released up to 2,075 prisoners into the program who didn't fit the criteria established to qualify for such release, and 450 of them were at "high risk for violence."

The report concluded that the department had "compromise[d] public safety" by "understating offenders' risk of reoffending and releasing high-risk offenders to unsupervised parole."

As a former prosecutor, I know supervision and deterrence work. That is why most felons are placed on supervised parole and given numerous parole restrictions upon release from prison. A gross violation of a parole condition could result in the parolee being sent back to prison. I believe ex-convicts behave differently when they are on the non-revocable parole program because they are not supervised and their parole can never be revoked.

Where do the problems with the program come from? The Legislature mandated that the Corrections Department conduct a risk assessment before qualifying convicts for non-revocable parole status. The inspector general found, alarmingly, that the department's computerized risk-assessment model had an initial error rate of 23.5%, followed by an ongoing 8% error rate that continues to this day. In Washington state, with a smaller population of offenders, a similar program strives for a 0% error rate and achieves a rate of under 1%.

In actual numbers, California's error rate means that nearly 1 in 12 prisoners released by the program are actually too violent or risky to qualify. Consider that as of last month, there are 13,554 ex-convicts on non-revocable parole status, and over time the high error rate would apply to hundreds of thousands of prisoners, resulting in a large release of dangerous and violent felons onto the streets without any parole supervision or conditions.

The inspector general discovered that one reason for the high error rate is that the database the Department of Corrections uses in making risk determinations is missing critical information - the disposition of prior arrests and convictions - for nearly half the cases. In other words, of the more than 16.4 million arrest entries in the database, 47% are missing data on whether a conviction occurred, which is a crucial data point in the formula for eligibility for non-revocable parole.

For example, a prisoner about to be released for drug dealing, a nonviolent offense, may be deemed eligible for the program because the database doesn't include an earlier conviction for shooting at a police officer. The data are entered by 600 law enforcement agencies and the state's 58 counties, sometimes years after the fact, according to Bruce Monfross, the inspector general. Fixing the database would take time and money, both of which are in short supply.

The inspector general concluded the risk-assessment program has only a "weak" predictive ability for whether a parolee will receive a future felony conviction. Sadly, that's not much better odds than flipping a coin.

The dangers of the program are not theoretical. Absent an accurate database and the funds to maintain it, non-revocable parole must end. It is time for the Department of Corrections to decertify its failed computerized risk assessment and halt the program - before more people die.