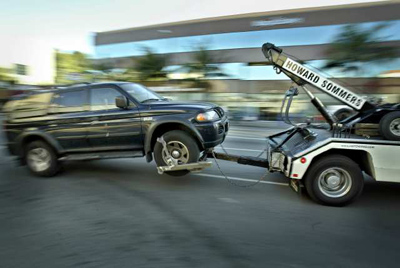 The commission voted 4-1 to support the change after making some last-minute amendments.

Current policy, Beck argued, is vague and often results in officers invoking a mandatory 30-day hold, which carries fees that typically exceed $1,200. Beck is seeking a more lenient approach for people who have never been issued a license but meet several requirements - namely having auto insurance, valid identification and no previous convictions for unlicensed driving.

Beck has said he believes those drivers should be allowed to retrieve their cars from the impound lot as soon as the following day. People driving on suspended or revoked licenses or those who do not satisfy the department's requirements would find their vehicles impounded under the 30-day hold.

The proposed changes set off an angry protest from police union officials and some Angelenos, who argued that the changes would reward people for breaking the law and allow potentially dangerous drivers to remain on the roads.

"The reality is that all the things that we've done -- 'we' being the state of California -- over the last 14, 16 years have not reduced the problem one iota, haven't reduced undocumented aliens driving without licenses," he said. "When something doesn't work over and over and over again, my view is that you should reexamine it to see if there is another way that makes more sense."

Beck said illegal immigrants should be given separate licenses -- perhaps a type of provisional license or nonresident license. Such a move would result in improved safety, he said, because more drivers would participate in the state's rigorous license testing process.