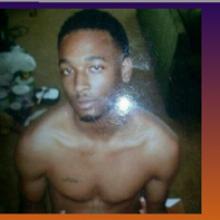 The City Council approved a $1.5 million payment Wednesday to settle a lawsuit filed by the parents of Ezell Ford over his fatal shooting by police in South Los Angeles.

The settlement came just weeks after the District Attorney's Office declined to press any charges against the officers who shot Ford, whose death has been a rallying cry for angry protests against the department over police shootings of black suspects.

A tentative agreement between attorneys for Edsell and Tritobia Ford, the father and mother of Ezell Ford, and the city was announced in November, but no terms were divulged and court papers said the settlement was "conditional."

The District Attorney's Justice System Integrity Division concluded in January that Los Angeles police Officers Sharlton Wampler and Antonio Villegas "acted lawfully in self-defense and in defense of others" when they shot Ford in 2014, although the Police Commission ruled in 2015 that one of them was justified in opening fire, but the other violated department policy. The commission did not specify which officer acted improperly.

The commission went against Chief Charlie Beck's recommendation that both officers acted appropriately.

The City Council vote on the settlement was 10-2. The two council members who voted against the settlement - Mitchell Englander and Joe Buscaino - are reserve officers with the LAPD.

"I voted no because I felt that the officers followed all of their training and departmental policy as it related to the incident," Englander told City News Service. "However, I do believe that my colleagues did the right thing in voting yes, strictly because this case really was already tried in the court of public opinion, and had it gone to a jury would have been a lot more money."

Englander also said he believed if the Police Commission had not ruled against the one officer, the case may have gone a different way.

Steven Lerman, an attorney for the Fords, noted that Englander and Busaino had voted against the settlement.

"The settlement with the city of Los Angeles for $1.5 million is a victory over Chief Beck. The chief did everything he could to block any settlement. In fact, two of the council members did not approve the settlement. This is all about political intrigue at City Hall," Lerman, told City News Service.

Police and prosecutors said Wampler and Villegas, both LAPD Newton Area gang enforcement officers, approached Ford because he was acting suspiciously and may have been attempting to discard an illegal substance.

A struggle ensued, and the evidence "indicates that Ford was on top of Wampler, struggling to obtain Wampler's primary service weapon and posing an immediate threat to his safety and his partner's safety," according to the District Attorney's Office report. "In fear for their lives, Villegas and Wampler each responded with deadly force."

Ford was shot three times and taken to California Medical Center Hospital, where he died less than two hours later.

The D.A.'s report said Wampler's holster tested positive for Ford's "touch" DNA - with the DNA either coming from Ford's sweat, skin or saliva - which "corroborates that Ford's hand was touching Wampler's holster during this incident."

Blood stains on the front of Wampler's utility belt and uniform shirt are consistent with Ford lying on top of Wampler when he was shot, and Wampler's uniform appeared to have dirt on the back of the shirt and the pants, prosecutors wrote in the report.

Four witnesses made statements that differed substantially from the officers' accounts in several areas, with each saying that one or both of the officers were on top of Ford, according to the report.

According to the lawsuit filed in March 2015, Wampler and Villegas - who were named defendants along with the city and LAPD - "intentionally and/or negligently fatally shot unarmed decedent Ezell Ford multiple times with their firearms" after he had complied with their order to lie on the ground.

"It's unfortunate that the city of Los Angeles has chosen to scuttle $1.5 million in taxpayer dollars to settle this baseless civil suit instead of contesting it in court by utilizing District Attorney Jackie Lacey's legal finding that officers acted 'lawfully in self-defense and in defense of others when they shot Ezell Ford,"' according to the union.

"What consistently gets lost in this case is the fact that Mr. Ford was observed walking away from a known gang hangout where illegal drug dealing is rampant, and assaulted an officer while attempting to take the officer's firearm. Mr. Ford failed to adhere to numerous verbal commands to cease his assaultive behavior all prior to being shot.

This fiscally irresponsible pattern of settling civil claims, in spite of legal and investigative findings supporting police officers' actions, is sending the wrong message to trial lawyers that the city's treasury is nothing more than an ATM."