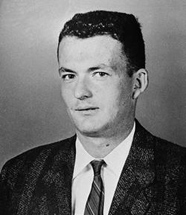 The California parole board is considering a compassionate release request for the convicted killer of a police officer in the case chronicled in the book and movie "The Onion Field."

State Department of Corrections spokeswoman Terry Thornton said Wednesday the board will consider the case of Gregory Powell at its Oct. 18 meeting.

Under state law, inmates are eligible for compassionate release if they have six months or less to live. The board will make a recommendation to a judge, who will make the final ruling.

The 77-year-old Powell told the parole board at a 2010 hearing that he has terminal prostate cancer.

Powell kidnapped officers Ian Campbell and Karl Hettinger in a routine traffic stop in 1963. He shot Campbell to death in an onion field. Hettinger escaped.